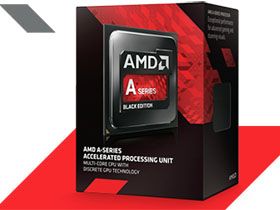 Enthusiasts are a vocal bunch, and they're quick to point out when certain companies force obsolescence more frequently than others. A good example was when Intel switched from LGA 1156 to LGA 1155 for the sake of integration. The platform controller hubs themselves were interchangeable, and many of the folks shopping for upgrade parts couldn't fathom replacing an entire platform for the sake of a relatively-insignificant component.

Fans of AMD see their brand of choice a little differently, pointing out that the company has used the same processor interface over and over again. Minor alterations often allow previous-gen CPUs to drop into new platforms. By necessity, the reverse typically isn't true, though. AMD often leaves owners of older motherboards unable to upgrade their CPU. At least the motherboard makers are happy.

Not that we fault either company either way. Yes, we're quick to fire off criticism when a company kills a platform after just one generation. But we also understand that changes to power delivery, on-die functionality, and requisite pin-outs take precedence over forward or backward compatibility.

Our A88X block diagram looks familiar, as it should. The chipset claims a new XHCI version for improved peripheral compatibility and/or stability. Typically, changes that small would qualify as a new stepping of the previous product, rather than an update deserving of a new model designation.

Personally, I believe that the primary reason for the new chipset name is to assure builders that they’re getting PCIe 3.0-capable circuitry. Also, AMD's “new” socket is meant to prevent builders from accidentally putting Kaveri-based APUs into boards that haven't been updated to accept it.

Welcome to AMD’s version of Intel’s LGA 1156 to 1155 transition, with the usual AMD twist that you can at least upgrade your motherboard while using your old CPU, even if we don't expect a whole lot of that to happen.

Rather, Kaveri is the only reason we can think of for anyone who owns an A85X platform to take the A88X plunge. Fortunately, that's a pretty compelling justification to upgrade all on its own. AMD is hoping to leverage its work germinating the HSA Foundation, back software development of heterogeneous computing-aware applications, and ultimately demonstrate its GCN-based graphics hardware accelerating workloads beyond gaming. Some of our benchmarks already utilize AMD's shaders via OpenCL, and our hats are off to AMD for its role in advocating the use of whichever hardware resources yield the best overall experience. Hopefully, more developers follow suit.

All four major manufacturers are targeting the performance-mainstream market with full-sized A88X-based motherboards priced from $105 to $120, and the most expensive one includes a game certificate worth at least $20. Builders who value that title at full price will find a mere $15 separating the field. With pricing differences almost trivial, let’s take a look at what each of these boards can give us for roughly $112.