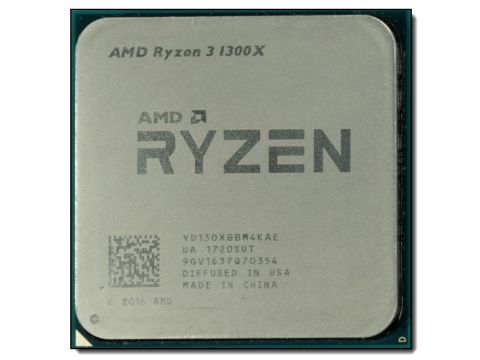 One of the lessons learned during the Ryzen 7 launch was that AMD's temperature sensor output has its share of problems. The company configured some of the models to report an additional 20°C on top of the actual temperature in order to guarantee adequate cooling. We’re still puzzled by this choice. Read more about this in our Ryzen 5 1600X coverage.

Our cooling solution operates completely independently from the waste heat put into it during all of the tests. Once again, this allows us to plot the Tctl values against actual power consumption.

In order to compensate for various jumps and delays, we use a tool that we programmed ourselves to generate different loads over time and distribute them as evenly as possible among the different threads. The results of our efforts confirm what we’d suspected:

Below 20 to 25W, the temperatures are complete nonsense. However, there are large differences between AMD’s Ryzen 3, Ryzen 5, and Ryzen 7 when it comes to interpreting their Tctl sensor readings. We were somewhat surprised to see that there doesn’t seem to be an offset for the Ryzen 3 1300X. Then again, this could also be due to the motherboard’s new BIOS, though.

It’s our suspicion that the Tctl values are calculated by the CPU internally, and that its division gets less accurate with decreasing core count. All of the values look much too high to us. Consequently, we'll use a corrected difference that's based on our comparison curves.

The Ryzen 3’s stock cooler gives us a more practical look at operating temperatures, and we manually set it to the speed it reached during our first stress test. Two sharp bends are still apparent in the line graph, even though the overall curve has a much steeper slope. We weren’t able to detect any meaningful leakage currents.

We now take the predicted differences, or deltas, for the three disciplines we test into account.

The Ryzen 3 processor fits squarely into the 70W category. Even a simple aluminum block doesn’t have a hard time dealing with this level of waste heat. Depending on your motherboard and fan profile, the cooler should only generate between 33 to 36 dB(A). This is a solid result; it's not loud at all.

Prev Page Rise of the Tomb Raider & The Witcher 3: Wild Hunt Next Page Power Consumption
108 Comments Comment from the forums
Be In the Know