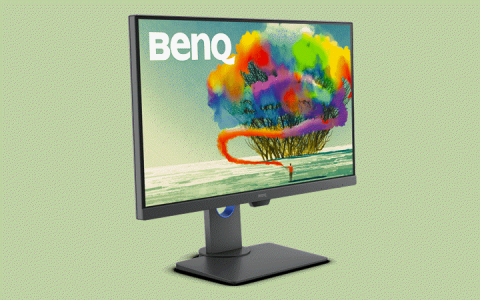 The PD2700U locks onto HDR10 signals instantly and switches into HDR mode without issue. We missed the extra color afforded by a DCI-P3 gamut, but the mode tracked color points for Rec.709 accurately and hit most of the wide gamut targets.

With HDR content, the monitor peaked at just over 400 nits, which is a good level for bold highlights and bright color.

Shadow detail was solid, though it can’t compete with a VA panel or a screen with a full-array backlight.

Our testing revealed HDR sequential contrast to be just 1,212:1, which is only about seven percent higher than the SDR number. A more aggressive dynamic contrast feature would likely have helped.

Luminance tracking is a very important step towards proper HDR-rendering, and the PD2700U checks those boxes. Grayscale runs a tad cool, but errors are not visible until it passes the clip point at 65 percent. The EOTF curve is a little too bright in the blackest parts of the image but quickly snaps to the line up to a soft-clip at 65 percent. Resulting image quality is good with solid contrast and delineation of dark and light objects.

While we missed the DCI-P3 color gamut, the PD2700U manages to track targets in both Rec.709 and DCI well. 709 points are either right on the mark or a little over-saturated, but it’s not a visible issue. The DCI gamut tracks well until the display runs out of color, at which point it adjusts hue for a little deeper red and green. This is the right way to compensate for a smaller color gamut when showing HDR material. We also saw extra color luminance, which makes all hues more vivid.

Prev Page Grayscale, Gamma and Color Next Page Viewing Angles, Uniformity, Response and Lag
Be In the Know