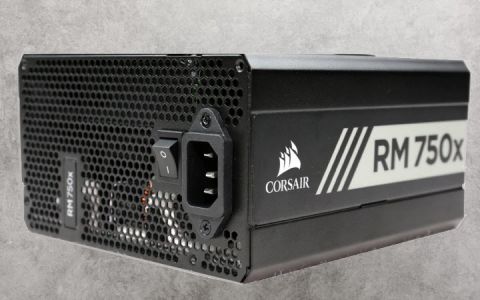 Using results from the previous page, we plotted a chart showing the RM750x’s efficiency at low loads, and loads from 10 to 110 percent of its maximum-rated capacity.

Under normal loads, the new RM750x is on par with its predecessor. Using light loads for testing, it's left behind (though not by much).

In the following tests, we measure the RM750x's efficiency at loads significantly lower than 10 percent of its maximum capacity (the lowest load the 80 PLUS standard measures). The loads we dialed were 20, 40, 60, and 80W. This is important for representing when a PC is idle, with power-saving features turned on.

Corsair's semi-passive mode lasted through all of our tests, and the RM750x's efficiency was satisfactory under especially light loads.

Unfortunately, this PSU's 5VSB rail wasn't as efficient as Corsair's previous-gen model. It's safe to assume that CWT made some changes to this circuit. But compared to other platforms, the new RM750x still performed pretty well.

Once you stress the minor rails of these CWT platforms, they no longer operate passively. Fortunately, their fans spin slowly and don't make much noise. You have to apply more than 570W load on the +12V rail in order to make the RM750x output more than 20 dB(A) in a 32°C ambient environment.