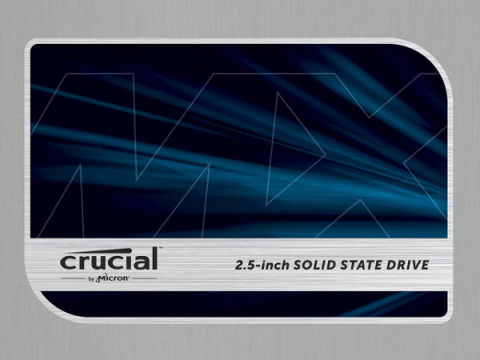 The MX200 is a white wall in the closet of a hospital. Everything you expect is there, nothing more, nothing less. It exists but doesn't standout in any memorable way. Crucial needs to beat the 850 EVO in price to make this one attractive.

Crucial is the conservative SSD manufacturer. Its RealSSD C300 was the company's only performance leader. For years, Crucial would only release one SSD around the CES time frame, and that drive would remain on the market until the following CES when its successor was announced.

That strategy worked well for Crucial when each lithography node was used for longer than eleven months. But as manufacturing accelerated, the company modified its approach and tried to introduce a second-tier product. The first time this went off without a hitch was when the M550 improved upon the M500's performance, allowing both drives to coexist. The M550 is still selling today, positioned as the upper-tier product. But the new MX200 could easily change this.

Crucial's current SSD line-up looks like alphabet soup; you have the BX100, MX100, MX200 and M550. Before the MX200, its hierarchy was simpler with the BX at the low end, the MX in the middle and the M series up top. Ideally, the MX200 would replace the MX100. However, Crucial tells us that both offerings will remain available for now. Capacity- and performance-wise, the MX200 encroaches on the M550, even facilitating better notebook battery life thanks to its 16nm flash.

A move to 16nm NAND isn't all the MX200 contributes to Crucial's portfolio. For the first time, the company is adding an SLC cache mode to its client SSDs. The MX200 series uses Dynamic Write Acceleration on the 2.5" 250GB model. The 500GB mSATA and M.2 drives also get the feature. Unlike Samsung's TurboWrite and SanDisk's nCache, which use fixed sizes for the SLC-like layers, Crucial's technology employs a dynamic volume that expands and contracts depending on the SSD's free space. Sadly, the 1TB model we're testing today doesn't benefit from Dynamic Write Acceleration. We'll have to wait for the M.2-based MX200 review to talk more about it.