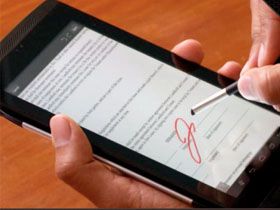 Most of the Nvidia products we benchmark end up landing in our PCs. But as we all know, the company is also heavily invested in mobile technology with its Tegra SoCs and i500 4G LTE modem. Just this year, we've seen Nvidia get more involved in the design of mobile devices as it pushes to move hardware based on Tegra 4.

Our first encounter with the SoC, code-named Wayne, was in the Shield console (Nvidia Shield Review: Tegra 4-Powered Handheld Gaming). Nvidia's engineers enjoyed a bit of flexibility with that device due to its form factor. Weight wasn't a huge problem, since most folks want gaming controllers that feel sturdy in their hands. Consequently, battery capacity could be plenty generous. And the thick body made more than enough room for active cooling, too.

But for all of its strengths, including PC game streaming, an entertainment-oriented device is always going to be niche. If Nvidia wanted Tegra 4 to show more prominently in the mainstream, the company needed victories in the tablet space. Microsoft's Surface 2 was no doubt a major win on that front. However, after its experience with Shield and few other third-party implementations, we were not surprised when Nvidia revealed its plan for a tablet platform called the Tegra Note back in September.

Nvidia turned to its OEM partners for branding and distribution. In North America, the tablet is sold by EVGA and PNY Technologies. Globally, Oysters and Zotac will offer the tablet in Europe; Colorful, Shenzhen Homecare Technology, and Zotac in Asia-Pacific; and XOLO in India.

Of course, this isn't the Tegra family's first mainstream tablet appearance. Last generation's Tegra 3 was at the heart of Google's Nexus 7, built by Asus. "About a year ago, we announced Project KAI—a Tegra 3 reference design intended as a recipe to build low-cost, high-quality Tegra 3 tablets. Google’s Nexus 7 was one," said Nvidia's Matt Wuebbling. "Tegra Note takes this to the next level by delivering a complete platform, not just the hardware."

Today we're getting our first look at the Tegra Note tablet, manufactured by EVGA. It features the same Tegra 4 SoC found in Shield, running at a slightly lower maximum clock rate (up to 1.8 GHz) compared to Shield's 1.9 GHz ceiling. Given a more confining form factor and passive cooling, this pared-back frequency makes sense.

For more information about the Tegra 4 SoC's graphics component, check out Nvidia's Tegra 4 GPU: Doubling Down On Efficiency.

Shield's physical dimensions gave us a lot to talk about. There's a lot less to discuss about the Tegra Note's physical design. That's not to say it's unremarkable. Far from it. Rather, the form factor of any tablet is dictated by its screen size more than anything else. One of our greatest concerns was that Tegra 4 might not translate well to a passively-cooled platform. However, we weren't able to get the device to cut performance in the same dramatic way we've seen other tablets dial back thermals, even after hours of taxing 3D.

EVGA's product box specifically calls this tablet out as the Tegra Note 7, which tells us two things. First, that it features a seven-inch screen. Second, by appending a model number onto the name, there's room for additional devices in the company's line-up. Case in point: we first saw a Nexus 7, and later came a larger Nexus 10.

The seven-inch LCD has a resolution of 1280x800 (216 PPI), which is a bit behind the curve in pixel density compared to the likes of other new similarly-sized tablets. In comparison, the Nexus 7 (2013) has a 1920x1200 screen (323 PPI), as does the Kindle Fire HDX. With that said, the Tegra Note 7's $200 price point currently undercuts the above mentioned alternatives.