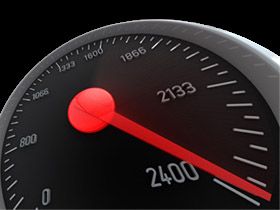 Our story back in May, Is This Even Fair? Budget Ivy Bridge Takes On Core 2 Duo and Quad, put a spotlight on the per-clock performance and efficiency improvements made to Intel's architectures over the last five years. We were smacked in the face by the fact that the company's old Core 2 processors, tuned up through overclocking, were often able to fly past the newer budget-friendly Ivy Bridge-based parts.

Once you dip down under the Core i5 family, you're dealing with dual-core CPUs limited by locked multiplier ratios. Factor in a stubborn base clock that requires an enthusiast-oriented chipset to adjust, and we're left with an inability to coax extra performance from the Celeron, Pentium, and Core i3 families.

Our oldest selection, the Phenom II, first appeared in 2009. Rather than use a four-year-old review sample, we went out and bought a Phenom II X4 965 Black Edition to get a more accurate snapshot of the chip's current overclocking headroom. This once-mighty flagship packs four cores running at 3.4 GHz and a hefty 6 MB of shared L3 cache.

Later in 2009, AMD released the affordable Propus-based Athlon II X4 processors, which were basically Phenom IIs without the on-die L3. We dug out an Athlon II X4 640 test sample running at 3 GHz to represent this configuration. Although the chip's multiplier is locked, we can still overclock it by manipulating the reference clock.

We knew we'd need a modern Vishera-based processor to pit against our former favorites, and AMD sent over FX-4350 and FX-6350 samples. The former sports a pair and the latter comes equipped with a trio of Piledriver-based modules, which in turn pack two integer cores each. Being a budget-minded experiment, the six-core FX is the fastest CPU we're testing.

Lastly, we noticed that the Athlon X4 750K finally reached North America. Although we couldn't get a sample from AMD, we went ahead and bought one to benchmark. This two-module Trinity-based processor lacks integrated graphics and represents the most affordable multiplier-unlocked quad-core chip available.

By comparing AMD’s K10 and Piledriver architectures, stock and overclocked, we hope to see where each excels, hopefully determining the CPUs most deserving of your hard-earned buck.

Next Page Platforms And Overclocking
134 Comments Comment from the forums