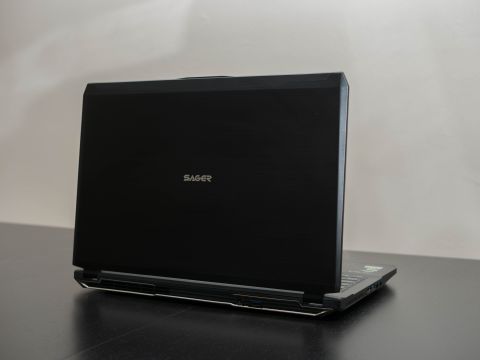 The Sager NP8156 goes head to head against the MSI Phantom Pro in Alien Isolation. This game isn’t very demanding, so the i7-7700HQ and GTX 1060 configuration is capable of superb frame rates. Alternatively, the Sager NP6852 delivers 94.35 FPS, or about 37% less performance. This is still a respectable frame rate, so you can invest in a cheaper configuration and save a few hundred dollars if this game is your jam.

On the other hand, Ashes of the Singularity is much more taxing. The Sager NP8165 delivers a playable 37.7 FPS, whereas Sager’s low end offering isn’t quite capable of 30 FPS. The Acer Predator 17 performs much better because of its more powerful GTX 1070, but even then a smooth 60 FPS is still about 15 FPS out of reach. Whether you choose the NP8165 or go the GTX 1070 route, you’ll still need to dial back your settings if you want to enjoy 60 FPS.

Like with Alien: Isolation, getting good framerates isn’t out of the realm of possibility with a GTX 1060 in Bioshock Infinite. Our NP8165 easily surpasses 100 FPS, so feel free to keep your settings maximized. A GTX 1050 Ti can still deliver more than 60 FPS.

The Sager NP8165 comes so close to 60 FPS in DiRT Rally at maximum settings, so just a little tweak to the game settings will push this system over the 60 FPS threshold. On the low end, the NP6852 manages to deliver playable frame rates, but you'll need to make more severe compromises to bring it anywhere near a more robust GTX 1060 configuration.

Grand Theft Auto V’s varied benchmark scenes stress our gaming laptops to different degrees. Some scenes are manageable and others downright demolish your framerate. Thus, the NP8165’s performance is a mixed bag, netting decent performance in most scenes at this price tag. The killer scene is Vinewood Sign, which drops the NP8165 to less than 30 FPS. You’ll need at least a GTX 1070-based laptop to exceed 30 FPS here; in fact Acer’s configuration comes close to 60 FPS in several scenes and surpasses it in Del Perro Pier. Note how tight the two 1060-based laptops are, performance-wise.

We’ve found that GPUs with high base clocks receive a considerable boost in GRID Autosport. The GTX 1060 is clocked higher than the GTX 1070 (1670MHz vs. 1645MHz), so the performance difference between the two is slimmer than you'd expect. Investing in the higher priced system only delivers 2% more performance, so you can safely choose the NP8165 if GRID Autosport is your game of choice and price is a major factor.

Hitman is heavily impacted by GPU performance. The NP8165 delivers with a handful of frames to spare, but the stronger Predator 17 grants gamers that extra ounce of confidence. The NP6852 doesn’t fare as well because of its under-powered GTX 1050 Ti; it's almost 50% slower.

Metro: Last Light Redux is a heavier hitter than Hitman, so the NP8156’s performance falls below 60 FPS. The Acer Predator 17 offers about 37% additional performance, pulling the frame rate comfortably above 60 FPS. Still, this isn’t as bad as the underpowered GTX 1050 Ti, which cannot even deliver 30 FPS. Potential buyers will either have to live with the GTX 1060’s limitations and turn back the settings, or consider a more powerful, but higher priced system.

If you thought Metro: Last Light Redux was tough on these laptops, think again. Rise of the Tomb Raider inflicts a heavier performance drop, landing our NP8156 down to about 39 FPS. Even the Acer laptop cannot handle RoTR’s demanding benchmark, so upgrading to a GTX 1070-equipped system won’t pull your frame rate above 60 FPS unless you dial back a couple settings. If you don't want to compromise here, you have to be willing to buy a GTX 1080-based system such as the MSI GT73VR Titan Pro.

The Division’s benchmark is a sigh of relief for the Sager NP8165, which is capable of 53 FPS; that'll easily translate to 60+ when you turns a few of the settings down. But of course, the Predator will offer just as much performance without a decrease in visual fidelity.

Prev Page Synthetic Benchmarks Next Page Battery, Thermal, And Display Testing
21 Comments Comment from the forums
Be In the Know