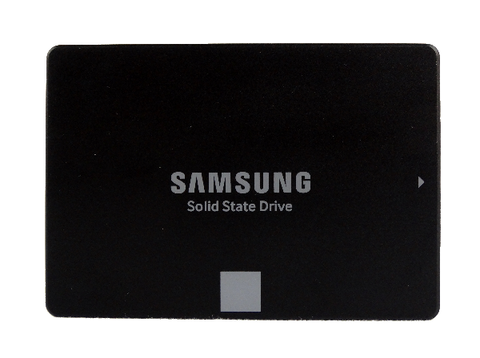 Sequential mixed workloads prove problematic for both 750 EVOs. Frankly we were expecting higher performance, particularly for the higher-capacity model that fared so well in the sequential read and write tests. After all, Samsung SSDs often lead the way in this metric, as you can see from the 250GB 850 EVO (the purple line).

The 750 EVOs appear stronger in the random mixed workload test. We see the 250GB model trailing Samsung's 250GB 850 EVO by a small margin while outperforming a number of other SSDs. The 120GB drive lands in the middle of the pack. To be fair, though, it's being compared to SSDs with two times the flash density.

TLC-based SSDs rarely fare well under steady state conditions. Samsung's 850 EVO is the sole exception. It's the only drive we tested that delivers performance comparable to Plextor's M6V with MLC flash.

The 750 EVOs do well against competing TLC-based drives, but fall short of the mid-market leader.

The random write steady state test shows that the 750 EVOs are very consistent. Their overall write performance isn't as high as the 850 EVO, but the line graph is as straight as an arrow. Though they're not ideal for RAID, these drives would at least serve up a solid experience striped together in an array. Samsung's asking price will ultimately determine if this is a path that makes financial sense over a single, larger SSD.