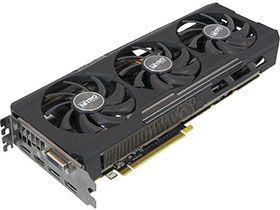 After recently reviewing Sapphire’s R9 Fury Tri-X, I’m not sure what I was expecting out of the R9 390 Nitro. This card comes in at a much lower price point, yet offers more GDDR5 memory. Needless to say, I was eager to see what it could do.

After running my tests, I realized I underestimated what a 390 could do. Priced to compete with Nvidia’s GeForce GTX 970, I expected to see approximately the same level of performance. But I was surprised at the numbers it actually achieved. The R9 290X, which is technically a higher-tier card, wasn’t even in the same ballpark at higher resolutions. The 390 walked all over my GTX 970 sample, and consistently traded blows with the GTX 980. In many cases, it was right on the heels of Sapphire’s much more expensive Radeon R9 Fury Tri-X.

Curiously, while running tests in 1080p, the card didn’t perform as consistently. At that resolution, the R9 390 is a perfect match for the GTX 970. But it really stretches its legs at 1440p. Sapphire gives this card a performance rating of 4, which it considers ideal for 1080p. I would say it’s better suited for delivering more pixels than that.

In the end, I was blown away by this card. I really like the Fury Tri-X, and I said so in my review. But had I tested the 390 Nitro first, I would have come to a different conclusion. Sapphire’s Radeon R9 390 Nitro is a tremendous value for the money, making it difficult to justify higher-priced boards. One of these is perfect for resolutions up to 2560x1440; you'd need two to approach 4K.

Prev Page Noise, Temperature & Power
80 Comments Comment from the forums
Be In the Know