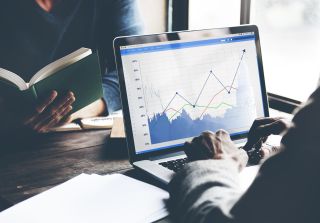 The NPD market research group reported record U.S. sales of computers and productivity peripherals in the first three weeks of March, as most of the country's workforce adapts to the new work-from-home status quo, starting at a 31% uptick for mice and ranging all the way up to a 179% increase for webcams, as reported by Yahoo Finance Sunday.

“Whether working or learning from home, productivity hardware is required, and with many Americans settling into this new reality, we saw historic sales increase over the first two weeks of March,” NPD group vice president of technology and mobile Stephen Baker said in a March 30 blog post.

This mirrors a statement IDC vice president of market research group Linn Huang made to Yahoo Finance, characterizing the new demand as a “‘stuck-at-home’ bubble."

“There are a lot of casual sort of tech users nowadays who are comfortable carrying most of their computer needs in their pocket with their phone. And now that they’re stuck at home, they are realizing how important the other stuff is," Huang told Yahoo Finance.

All of this reflects statements from Nvidia two weeks ago about increasing demand in its mobile, workstation, virtual machine and cloud sectors.

March's pandemic-fueled PC sales increase also marks the first instance of PC sales numbers going up, aside from a mild 2.7% bump in 2019, in eight years.

However, IDC’s Huang isn’t confident about the industry’s near future beyond that. The exec told Yahoo Finance that most of the current tech stock is leftover from a winter season overstocking influenced by the U.S./China trade war. Huang said Q2 might feature a dwindling supply in comparison, as China recovers from factory closures caused by Lunar New Year and the coronavirus.

“By the time we go into Q3, we could be months into a global recession, and so we’re concerned about how consumer confidence will track then," Huang said.

Tom’s Hardware has largely reported on recovering supply chains within the past few weeks, though coronavirus-related shipping roadblocks could still reduce consumer availability for tech in the next quarter.