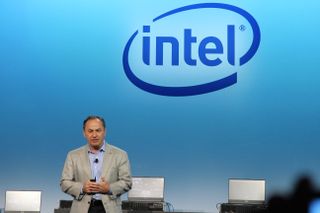 HPE has warned customers that it expects Intel’s supply shortages in servers to continue during the full length of 2020, and advises companies to chose alternatives such as Skylake-SP. This would suggest that the shortages are yet again lasting longer than Intel expected, and are also affecting its data center business.

HPE described that processor supply will remain constraint during 2020, in a message originally published by The Register. The full message reads:

“Based on demand, we are expecting supply will remain constrained through 2020. Server platforms which use these processors are affected. In order to minimize customer impact as a result of these supply constraints with Cascade Lake processors, HPE urges customers to consider alternative processors, which are still available.”

It seems those “alternative” processors refer to Skylake-SP, which launched in 2017, instead of the newer Cascade Lake processor that launched last year and is still ramping. Both processors are based on the same Grantley platform. Nevertheless, supply issues are increasing the likelihood of customers looking at AMD’s EPYC platform.

Intel has an multiple occasions described Cascade Lake-SP as its fastest ramping Xeon processor ever (likely due to leveraging the mature 14nm process and same platform as Skylake-SP), but it seems demand is still outpacing its ramp.

In any case, it is yet another signal that Intel’s manufacturing networks can’t keep up with the demand for their processors, after another report last week on the laptop side. (Although that didn’t prevent the company from reclaiming the status as world’s largest semiconductor company in 2019.) Intel had expected that the supply issues would be resolved by the third quarter of last year, but increased demand in PC and server led yet again to prolonged shortages. The company expected this to continue throughout the fourth quarter.

Intel described three factors as causes for the supply shortages. First, demand (and revenue) increased much more than the company had expected. Secondly, the company took additional volume on 14nm by producing its modems on that process starting in 2018. Thirdly, the 10nm delays resulted in unused 10nm capacity, while also requiring the company to increase the die sizes of the 14nm processors to increase performance, resulting in a lower chip output for the installed 14nm capacity. Additionally, with the supply issues lasting since 2018 already, particularly at the low-end of the market, this has decreased the inventories to rely upon.

Since 2018, Intel has embarked on a $36 billion expansion of its manufacturing network that will continue through 2024. These endeavors, as publicly announced, include installing $7 billion worth of tools in the empty Fab 42 that was once planned to go online with 14nm but is now slated for 10nm and 7nm, while also planning a new $11 billion fab in Israel. Further expansions are also being carried out or are in the planning phase in Israel ($5 billion), Oregon ($5 billion) and Ireland (two $4 billion expansions). As a result, Intel's capital spending has increased from a low of ~$7 billion in 2015 to a record $16 billion expected in 2019.

Intel has not yet provided guidance for when it expects the shortages to end in 2020, nor has Intel recently commented on shortages on the server side of its business; in its last earnings call in October, the company explained that the data center had gone through a three-quarter "digestion period" in 2019, after excessive spending in 2018.

In 2020, Intel will introduce the new Whitley platform for servers with 14nm Cooper Lake in the first half of the year and 10nm Ice Lake-SP in the second half of the year. Intel had previously admitted that Ice Lake-SP had been delayed somewhat (due to to difficulties of ramping two processors in one year, according to Intel), meaning that on the server side Intel will have to continue to mainly rely on 14nm processors for the foreseeable future.

Last week, Intel discontinued the M-processors with increased memory support, while decreasing the price of the L-series of Xeons with the highest capacity, which is mostly relevant to customers of Optane Persistent Memory DIMMs.