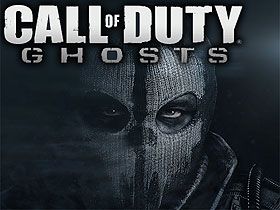 I think it's safe to say that Call of Duty defined, and then refined, the console-based first-person shooter experience. It's so prolific that the series' popularity might even suffer from its own success. Today, it's fashionable to beat the franchise up, which often happens with anything that over-saturates pop culture. Regardless, Activision claimed over $1 billion in sales on launch day. Love it or hate it, but Call of Duty clearly has a devoted following.

Does anything change in its most recent installment? Not really; the formula remains the same. That's not to say it's a bad recipe. You get high production value, excellent voice acting, solid first-person shooter mechanics, and a Hollywood story. But if you were hoping that Infinity Ward would redefine its genre with Ghosts...well, that didn't happen.

The company does change and add a few features, though. Ghosts introduces a Squads mode that lets you create and customize a team of computer-controlled soldiers. It's not part of the single-player campaign, but can be played offline or against other players. As usual, there are new multiplayer modes, too, such as Search and Rescue, Kill Confirmed, Infected, and Blitz. A four-player co-op mode called Extinction has players defend a base from alien invaders. Make no mistake, there's a lot to keep you busy once you're done with Call of Duty: Ghosts' campaign. It's just that none of it pushes the envelope of what we've come to expect. Enemy AI is just as dumb as it was back in Modern Warfare 3.

The single-player story is the element that strays furthest from previous Call of Duty games. Infinity Ward must have guessed that gamers are tired of fighting Germans, Russians, Asians, and Middle Eastern countries. So, this time around, the bad guys are South American. Yes, our equatorial neighbors turned the U.S.' doomsday weapon against itself, crippling the country and forcing it into a 10-year-long defensive campaign against the evil (and technically superior) South American Federation. Oh, and the U.S. put up a 100-foot concrete wall along the border to protect what's left of the country, so illegal immigration is no longer an issue.

Yes, the premise is utterly ridiculous. On the plus side, it gives you an opportunity to defend decimated, destroyed, and decaying urban American environments from invading enemy forces, which is cool (although at times it seems derived from Crysis 3). True to Call of Duty's formulaic approach, standard first-person shooter fare is mixed with mini-game-like tasks, such as controlling drones for airstrikes or robotic turrets, that you have to engage in. There's also Riley, the loyal German Shepherd that you can send skulking through the grass until you need him rip out the Adam's apple of Federation baddies straying too far from their lines. The dog mechanic isn't particularly compelling. But that doesn't matter because humans are predisposed to bonding with canines, right? Despite my cynicism, I can't help but love the damn simulated dog.

There's not much else to add. Yes, it's an old recipe. Yes, it can get tiresome. And yes, it's often more enjoyable than I care to admit. I guess that's why Call of Duty sells so well. It plays to the lowest common denominator in all of us, like a wrestling match or a Michael Bay film.

Next Page Game Engine, Image Quality, And Settings
Topics
CPUs
Gaming
Graphics Cards
111 Comments Comment from the forums
Be In the Know