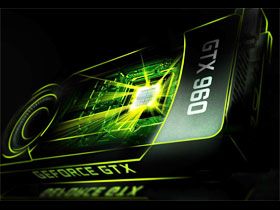 Once Nvidia introduced the GeForce GTX 970 for $330, it stuck the GeForce GTX 760 and 770 in no man’s land. The latter is far too expensive compared to this new card, while the former looks even worse up against the superior Radeon R9 285. Nvidia really needs some of that Maxwell magic between the $150 GeForce GTX 750 Ti and its $330 GeForce GTX 970. And that’s exactly what it's doing today with the launch of GeForce GTX 960.

It feels like we’ve been waiting a long time for the GeForce GTX 760 replacement. Eleven months have passed since since Nvidia introduced its efficient Maxwell architecture alongside the mid-range GeForce GTX 750 series, and it replaced the high-end GeForce GTX 780 and 780 Ti with GeForce GTX 970 and 980 four months ago.

In the interim, GeForce GTX 760 struggled against the firepower of AMD's Radeon R9 280 and 285. Can Nvidia’s value-conscious fans breathe easier with the arrival of an all-new GM206 GPU?

Rumors circulated that the GeForce GTX 960 would use a cut-down version of GM204, already familiar from the GeForce GTX 970 and 980. This isn't the case, though. GM206 is a distinct piece of silicon, significantly smaller than GM204.

Despite its smaller size, GM206 boasts the exact same improvements inherent to GM204. Each SMM has a 96KB chunk of shared address space for compute tasks, the L1/texture cache size is 24KB per two CUDA core processing blocks (48KB per SMM), and so on.

The elephant in the room is GeForce GTX 960’s 128-bit memory interface and 112.2GB/s of peak memory bandwidth. Both the GeForce GTX 760 getting replaced and Radeon R9 285 it’s destined to fight feature 256-bit memory interfaces enabling 192.2 and 176GB of theoretical bandwidth, respectively. Nvidia claims that the GeForce GTX 960’s third-generation color compression engine is efficient enough to make it competitive, despite less available bandwidth. And, based on what we’ve seen from the GeForce GTX 970 and 980, it probably is. There may be high-resolution settings where limited throughout could be a limiting factor though, and we’ll look for those in the benchmarks.

Something else to consider: the 960’s less complex memory interface might give Nvidia more flexibility to lower prices in the future. This probably has a lot to do with today's estimated $200 price tag. For reference, the GeForce GTX 760 debuted at $250.

Now check out that TDP. Maxwell established itself as the most efficient desktop graphics architecture, and GeForce GTX 960 continues the trend. Its 120W ceiling is 50W lower than the GeForce GTX 760 it replaced and 70W below the Radeon R9 285. A single 6-pin PCIe power cable is all this card requires. Nvidia recommends a modest 450W power supply.

GeForce GTX 960 has fewer CUDA cores and texture units compared to the GeForce GTX 760, but that's partially offset by a higher core clock rate. By now, we’re well aware that the Maxwell architecture does more with less, so we expect the GeForce GTX 960 to keep up with its predecessor and compete aggressively with the Radeon.

One advantage the GM206 GPU holds over GM204 is its new video engine. While the GeForce GTX 970 and 980 support H.265 (HEVC) video encoding, only the GeForce GTX 960 decodes this forward-looking format. The GeForce GTX 960 promises to be an excellent choice for home theater PCs with the ability to play back 4K video at low power, and natively supporting HDCP 2.2 content over HDMI 2.0.

Nvidia’s latest drivers add DSR support for not only Maxwell-based cards, but older Fermi and Kepler-based GeForce boards as well. While it isn’t especially useful in more demanding titles, DSR is an interesting option for folks who enjoy games with high frame rates. MOBAs like League of Legends and DOTA 2 fit this category, and DSR offers a way to increase graphical fidelity on a 1080p monitor.

We’re also keen to try out MFAA on the GeForce GTX 960. This feature wasn’t ready when the GeForce GTX 970 and 980 launched, but arrived last November in the 344.75 build. It's just the kind of technology that might help compensate for low memory bandwidth, so it’s right up the GTX 960’s alley.

Nvidia didn't supply reference cards to reviewers this time around, choosing to rely on board partners to provide hardware. We’ll look at the different flavors of GeForce GTX 960s being introduced at launch.