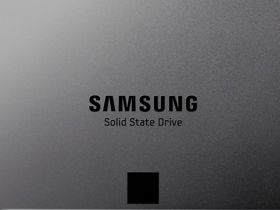 The Evolution Of Samsung As An SSD Giant

"What are we going to do tonight?”. Suit number two replies, “The same thing we do every night. Try and take over the world.”

And so that's what the company is doing. In an era where everything needs DRAM and NAND flash, the fabricator is king. If you’re the largest fabricator...well, you're halfway there. This is a target-rich environment, too. With SSD shipments still accelerating, it seems like any company could stay solvent selling solid-state storage. But that's just not the case. This market is dominated by the companies producing the NAND, and Samsung's biggest.

Working its way to the top of the SSD space didn't happen overnight, though. It took successive products offering strong performance, enough time to reassure folks that the drives are reliable, and ginormous quantities of flash.

Samsung's first drives were a lot like other early SSDs. I call them proto-SSDs; they're the missing link between old-school flash-based storage and more modern architectures, which we were introduced to roughly around the time Intel launched its X25-M and -E. Before then, SSDs were sequential transfer machines, lacking a focus on the small-block random access agility we take for granted today. Some lacked native command queuing, the TRIM command was still a twinkle on the horizon, and many models employed the IDE interface with a SATA bridge. Samsung didn't join the new-school SSD business until 2010, despite its presence from the beginning, selling Jurassic-period drives to OEMs.

Once the company really started swinging its scepter at the desktop SSD market, its ascension was swift. The 470 was really Samsung's first foray into the über-competitive consumer space. It was fine in its own right, but was overshadowed by the flood of SandForce-based models (not to mention Intel's efforts). Then there was the 830, which did well among press and end users alike. Versions of the 830 became some of the first 6 Gb/s SSDs shipping in laptops, most notably those from Apple. Deserving praise was doled out liberally. Samsung had the ability to develop everything in-house, and the 830 showed off the significance of that advantage even more than the 470.

A year later, the company split its consumer offerings into two separate families: the 840 Pro and 840. They're similar in many ways, except the flagship 840 Pro sports Toggle-mode DDR flash. It's a great product, one of the fastest we've tested, and enthusiasts love it. But in the grand scheme of things, it's not as important as the 840, built from three-bit-per-cell NAND. Several companies claimed that drives with this memory technology were imminent well before the 840's launch. However, Samsung was the first to get it done. That wasn't the drive we were looking for, though. Absurdly low endurance ratings? Crazy high latency? No thanks. In fact, we weren't sure why the 840 made sense at the time. Back then, capacities were increasing and prices were dropping fast on the familiar MLC-based SSDs.

Getting that first TLC-based drive out there wasn't about selling drives at retail. Rather, it was about locking down the OEM sales that drive the SSD industry. Those OEMs sell a lot of volume and are super price-sensitive. Cutting a few bucks from a drive doesn't mean a ton to you or me, but dropping the bill of materials on a popular notebook is huge for a company like Apple or Dell.

And as it turned out, the 840 wasn’t a hopeless dog, either. It didn't die after 1000 P/E cycles, and it wasn't particularly slow. In fact, we have a drive that went a full 3207 P/E cycles before it cratered last December. I've seen similar results from others, so the endurance debate may be a red herring in consumer workloads. Write performance was modest, and read speeds exceeded most two-bit-per-cell competitors.

Overall, Samsung says the drive was about increasing adoption rates, and the company's plan seems to have worked. Representatives claim Samsung served up 2,524,699 840s already, good for an astounding 20% of the aftermarket. That means one out of every five SSDs sold through e-tailers since the launch was an 840. If that stat is true, it's amazing. How do you top such a thing?

We're not sure if EVO stands for evolution or nothing specific at all. Regardless, the drive's inner workings, hidden under a new metal chassis, are definitely an improvement on the original 840 and not a ground-up redesign. To be fair, the 840 wasn't broken, so no fix was necessary. But with a tuned controller, 19 nm NAND, and a technology that Samsung calls Turbo Write, the end result is...different.

That's five EVO models, stretching from 120 GB to 1 TB. And they're shipping at the 840's price points, too. Samsung is really proud of this, though we'd frankly like to see three-bit-per-cell NAND on a smaller process pulling prices down instead of propping them up. In time, perhaps. Likely, the company is hoping that more performance and capabilities are what you'll focus on.

A new version of Samsung's management software, SSD Magician, will also roll out alongside the EVO, sweetening the deal with revamped cloning functionality and a feature called RAPID, which is host-side DRAM caching that works with Windows to push storage performance beyond the limitations of a 6 Gb/s SATA interface.

Speaking of speed-ups, check out those specs. If you're familiar with the original 840, then you see that the write performance is radically improved. How does Samsung achieve this? We'll dig deeper on the next page.

Current page: The Evolution Of Samsung As An SSD Giant