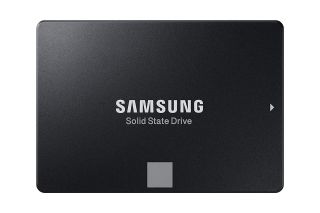 SSD prices are suffering in the wake of the global pandemic and a general NAND price increase, but things seem to be settling down a bit as crowd-favorite SSD manufacturer Samsung seems to be lowering the price for its Samsung 860 EVO 2.5” 1TB SATA III Internal SSD to $139.99. The price is popping up at outlets like Newegg, Amazon and Best Buy.

The 260GB version of this SSDs is currently one of our picks for Best SSDs, though this deal definitely makes the 1TB iteration, which our Samsung 860 EVO review knocked for being too expensive, more approachable. As its name implies, this SSD connects over SATA III, is 2.5 inches long and holds 1TB of storage. It uses 3-bit per cell flash, though it reserves 2.3% of its V-NAND capacity for caching and background activities.

Samsung 860 EVO SSD: was $200, now $139.99 @ Amazon
Samsung’s 860 EVO series is a mainstream SSD juggernaut in the SATA space, and this 2.5 inch, 1TB rendition maintains that reputation. It uses 3-bit per cell flash, which Samsung calls “MLC” but is more commonly known as TLC, and reserves only 2.3% of its V-NAND capacity for caching and background activities.
View Deal

While the 860 Evo did sell for closer to $110 in January of this year, this price drop shows signs of recovery for the SSD market.