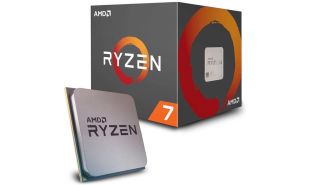 Let’s say you’re in the market for a new CPU. You want a great deal, lots of performance, but aren’t looking for the top of the line stuff and don’t mind buying a last-gen chip if that means huge savings but without an equally massive performance penalty. Well, you’re in luck, because this Black Friday Amazon is selling AMD’s Ryzen 7 2700 for just $139.99. Break that down per core, and it’s $17.50, or $8.75 per thread.

The Ryzen 7 2700 is a non-X CPU, meaning that it doesn't come with quite the same out of box performance as the Ryzen 7 2700X. Typically these were considered lower-performing silicon and allocated to the 2700 lineup during the manufacturing process. However in our testing, we've found that with a few extra volts, both the Ryzen 7 1700 and 2700 can overclock amicably.

That aside, if you're not keen to pry more voltage into your latest acquisition, it still does come with fairly respectable performance, packing 8 CPU cores and multi-threading, the processor comes in with a base frequency of 3.2 GHz, but can boost up to 4.1 GHz for single-threaded workloads on its preferential cores. Check out our full review of AMD's Ryzen 7 2700 here.

The chip carries a 65 W TDP, and even at this price it comes with AMD’ Wraith Spire cooler, which comes with an RGB-lit ring around the top.

To sweeten this deal even further, the Ryzen 7 2700 is also participating in AMD’s promo bundle, which gives you a three-month Xbox Game Pass valued at $30 and lets you choose between a copy of Borderlands 3 or The Outer Worlds as a free game.

No expiry has been noted for this deal though, so it could pass at any moment.

If you're looking for a different CPU, check out our Best Black Friday CPU Deals.