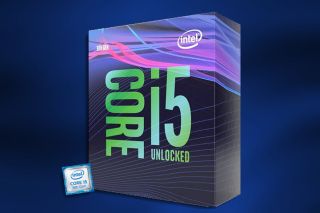 Whether it's a momentary deal or not, it looks like Intel is feeling the pressure from the red team and we're seeing its CPU prices drop and drop. In one of this seasons' best holiday tech deals, NewEgg has the Intel Core i5-9600K for $199.99, which is the lowest price we've seen yet for the boxed variant of this chip.


The Intel Core i5-9600K is a 6-core 6-thread (no Hyper-Threading) processor built on Coffee Lake architecture and manufactured on the 14nm lithographic process. It drops into the LGA 1151 socket, and comes clocked in with a base clock of 3.7 GHz. Using Intel Turbo Boost 2.0 the chip will bring its cores up to 4.6 GHz for higher performance when it has enough thermal headroom.

In our Core i5-9600K review,  we found that the processor was especially strong at single-threaded workloads and that it is particularly suitable for gaming.  At this price, that conclusion is no different and it is a great choice if you're building a new gaming system.

Do be swift though. The sale at this price will be over by the end of the day.