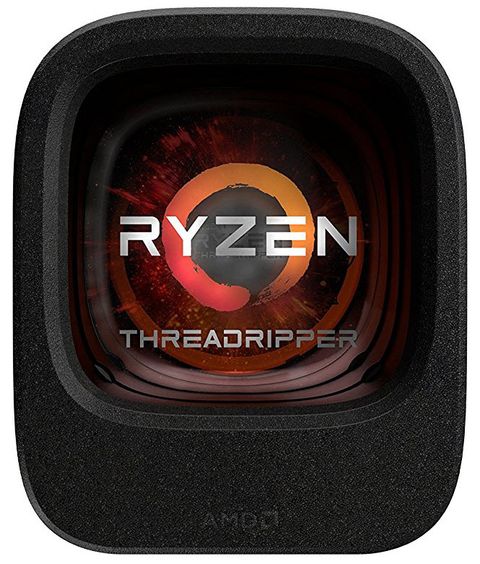 AMD's Threadripper 1900X is designed to satisfy the needs of a small group of users that require up to 64 PCIe lanes and quad-channel memory with ECC support, but most enthusiasts are better served with cheaper mainstream processors.

Eight Cores For The High-End Desktop

AMD launched its Threadripper CPUs for high-end desktops. But, at the last minute, it also turned heads with a cheaper Ryzen Threadripper 1900X, an 8C/16T model that drops into X399-based motherboards. The company claims its 1900X is an ideal entry point for folks who might want one of the other Threadripper chips at some point down the line.

By now, we're all familiar with the key tenets of AMD's value proposition: you get more cores for less money, more affordable motherboards, and all of its architecture's features. Ryzen Threadripper 1900X carries that philosophy forward, though it sports the same number of cores as its nearest Intel competition (at a similar MSRP, no less), resides on a very pricey motherboard, and it costs more than the "mainstream" Ryzen 7 1800X, also an eight-core contender.

The 1900X features a base frequency of 3.8 GHz, the highest base clock rate in AMD's Threadripper family. And it boosts up to 4.2 GHz if your cooler is beefy enough. Two dual-channel memory controllers combine to facilitate plenty of aggregate bandwidth, not to mention support for up to 512GB of DDR4. That's one significant advantage over the 1800X's dual-channel controller. The 1900X also supports ECC UDIMMS. And then there's the extra connectivity: Ryzen Threadripper 1900X exposes up to 64 lanes of PCIe 3.0 and more USB ports than Ryzen 7 1800X, which is limited to 16 PCIe lanes.

Why care about all of that extra I/O? It could be useful for power users with multiple GPUs, video capture cards, or voluminous NVMe-based storage arrays. In yet another example of AMD's broader feature set, the company offers bootable NVMe RAID 0, 1, and 10 for up to 10 attached SSDs, while Intel charges an additional fee for a vROC (Virtual RAID-on-CPU) dongle to unlock its full feature set.

There are vast architectural differences between the 1900X and Ryzen 7 1800X, as well. In a nutshell, the larger Threadripper models distribute active cores across two dies and all four of the quad-core CCXes. But in a bid to mitigate a layer of latency, AMD confines the 1900X's active cores to a single CCX inside each die.

Each CCX features 8MB of shared L3 cache, so disabling two CCXes also removes much of that last-level storage space. This cuts the 1900X's total to 16MB of L3, while the larger Threadripper models have up to 32MB. Fortunately, no changes are made to the entry-level chip's memory or I/O controllers.

Interestingly, AMD still recommends using its Game Mode for the eight-core 1900X. This configuration attempts to confine data processing to the local die and its attached memory controller (NUMA). It also deactivates one die via software to eliminate die-to-die latency. That means AMD's Game Mode switches this potentially mighty CPU into a 4C/8T solution, similar to AMD's Ryzen 5 1500X and 1400.

Despite its cuts, AMD leaves the 1900X's TDP at 180W, similar to the 12-core 1920X and 16-core 1950X. That number is notably higher than Ryzen 7 1800X's 95W TDP and the Core i7-7820X's 140W rating. Like the other Threadripper models, you need to supply your own cooler; AMD doesn't bundle one. At least the company's decision to use Indium solder between its dies and heat spreader goes a long way when we get to overclocking.

Complicating the 1900X's value story is the price of X399 motherboards, which cost significantly more than X370-based platforms. So, if you're strictly a gamer, stay with AMD's Socket AM4-based chips before sinking big-time bucks into Ryzen Threadripper 1900X.

Next Page Overclocking, Infinity Fabric & Test Setup
28 Comments Comment from the forums
Be In the Know