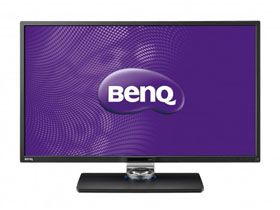 For video editors in the broadcast industry, the BenQ PV3200PT is a great value-choice for those needing only Rec.709/sRGB color. It’s qualified for professional use in any area except for those who require DCI-P3 or Adobe RGB. We could find no other flaws and it’s built like a tank. Only NEC can claim quality this high. It’s not the least-expensive 32-inch Ultra HD display out there but for what it offers, it’s priced well. We think it should be on every pro’s short list.

Typically when we review a professional display we talk about things like build quality, accuracy and features that cater to users involved in the production of graphics and photos. Sometimes we mention a monitor’s suitability for video post-production but rarely do we see a product that caters specifically to that purpose.

Wide color gamuts like Adobe RGB are de rigeur on professional screens, and we’ve even made it a requirement for our Best Monitors category. But in video, the largest gamut currently in use is Digital Cinema Initiative P3, better known as DCI-P3. And the vast majority of the content we watch every day, including games, is mastered to the high-def specification Rec.709. In print and online graphics, it’s called sRGB (Studio RGB) but functionally they are identical.

Now that Ultra HD is firmly entrenched as a desktop monitor resolution, it makes sense that every premium display line should have multiple entries. This isn’t BenQ’s first foray into a 32-inch UHD product, but it is the first one we’ve seen that includes factory-certified calibrations for three broadcast-specific color modes. Today we’re looking at the PV3200PT 32-inch video-editing monitor.

Right off the bat we’ll reveal that the DCI-P3 gamut mentioned above is not included here. This is an sRGB-native display so available color options must fit into that space. BenQ has included three: Rec.709, EBU and SMPTE-C.

Rec.709 is the hi-def standard used in American television production as well as Blu-ray disc and streamed content. Across the Atlantic, they use two standards, identical to one another, called PAL (France) and SECAM (everyone else), known collectively as EBU. The difference is only in the target point of the green primary which represents a tiny change on the CIE chart. We’ll explain this on page six.

SMPTE-C (also called Rec.601) is something of a throwback because it’s used in standard-def material. A properly-mastered DVD will use this color-space, and it differs mainly by having a less-saturated red primary. If you’ve ever wondered why DVDs look a little flushed when viewed on your hi-def TV, that’s the reason.

The PV3200PT also includes a large array of calibration options to create your own presets both in the OSD and with BenQ’s Palette Master Software. You also get a flicker-free backlight, a slick puck-style OSD controller and build quality rivaled only by NEC. Our initial impressions are very positive thanks to superb image quality and rich saturated color that looks just right. As always, we’ll delve deeply and run all the pertinent tests so let’s take a look.

Next Page Packaging, Physical Layout And Accessories
2 Comments Comment from the forums
Be In the Know