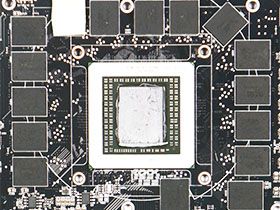 Take Off Your Top! Radeon R9 290X Gets Naked

In Radeon R9 290X Review: AMD's Back In Ultra-High-End Gaming, we pointed out that the company's reference cooling solution, coupled with the launch drivers, had consistency issues when we looked at GPU clock rates. An enormous amount of feedback poured in, and we followed up with The Cause Of And Fix For Radeon R9 290X And 290 Inconsistency, which identified inaccurate PWM fan control as one source of trouble.

Two questions rose to the top during the subsequent discussion in our forum:

We ordered yet another retail Radeon R9 290X branded by Gigabyte after already going through Asus and Sapphire cards. None of these three vendors have any control over build quality; they're all purchased from AMD and slapped with a sticker to identify a board partner. That's why none of those three companies can be held responsible for the issues with the cards we're testing. When we asked Gigabyte about modifications made to AMD's reference, the company said that it doesn't change a single thing or replace any of the parts. And that includes messing with the heat sink or fan. Why is this such a big deal? You're going to see in just a second.

In a continuing effort to answer questions, we carefully started to strip down our third retail Radeon HD 290X to expose the bottom of AMD's thermal solution, as well as the graphics card's PCB.

The Hawaii GPU and the heat sink covering by a too-thick layer of thermal grease, resulting in less-than-efficient heat transfer. You might remember our word of caution against this from our thermal paste comparison.

We collected and saved the thermal compound used by AMD from two Radeon R9 290X cards for additional testing. This was enough to cover the surface of a CPU's heat spreader, which makes us doubt that the quantity of paste used on this first round of boards corresponds to what you'd typically expect from mass production. It bolsters our theory that the R9 290X comes from a small batch of hand-assembled boards, and that the application of grease is part of the process.

Removing the paste revealed the heat sink’s scratched and uneven contact surface, which did not exactly match the quality you would expect from a brand new and professionally mounted cooler.

Take a close look at the nicks on the copper base: It does not seem like these are only pressure marks resulting from the regular mounting process.

Meanwhile, we left a sparkling clean GPU waiting for a new coating of thermal compound. Then we went back to our thermal paste comparison and tapped a couple of our favorite finishers. Innovation Cooling's Diamond "24 Carat" compound was beyond reproach. So, in order to verify our temperature measurements, we decided to take second and third test runs with that one.

Gelid’s GC-Extreme performed just as well as IC's Diamond. It also cost us less and spread more easily over the GPU. This also applies to Cooler Master's X1 Extreme Fusion. Due to the fact that both Hawaii-based graphics card shoot for high target temperatures, there's no way to distinguish whether one is superior to the others thermally. But we did observe that power consumption and average performance were roughly the same across all of those aforementioned aftermarket compounds. So the following results were collected using Gelid’s GC-Extreme.

There is a significant difference between using AMD's stock thermal grease and the Gelid GX-Extreme. It took us three minutes, instead of just 60 seconds, to push the Radeon R9 290X to its 94 °C limit. Also, Power Tune operated less restrictively.

We're going to show the incredible impact this has on the card's power consumption and efficiency by setting the Radeon R9 290X to its Quiet mode firmware setting, rather than the ear-battering Uber BIOS.

Next Page Power Consumption: Before And After
65 Comments Comment from the forums
Be In the Know