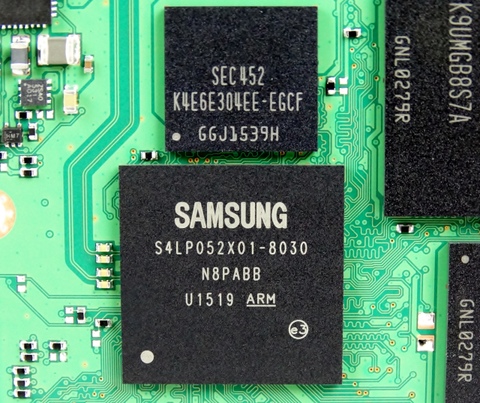 Where do we start? This is the best client SSD we've seen in 2015. The 850 Evo 2TB even causes us to second-guess the new NVMe products that can't hold the same amount of data. Users will have to choose performance or capacity, but in many cases high performance with a lot of capacity is good enough.

A few days ago, we published a Tom's Hardware State of Solid State editorial that discussed what we will see from SSD vendors in the second half of 2015. That story has a lot of information in it, but only covers 50% of the market. Samsung owns most of the market, after all.

Samsung owns 50% of the solid-states storage market share. When it comes to client-oriented drives, that percentage increases, and in some countries goes as high as 80%. Samsung manufactures roughly 50% of the world's NAND memory supply, too. Not all of the flash goes into SSDs; much of it goes into cell phones, tablets, children's toys, SD cards and even automobiles.

Samsung doesn't just lead in production volume. It also leads in technology innovation as well. Recently, Samsung was responsible for delivering the first client three-bit-per cell-based SSD, along with the first 3D cell structure SSD in both MLC and TLC. Today, the company brings us the first widely available 2TB 2.5" client-focused drive.

Since the release of the first 1TB SSD, enthusiasts have looked to the next capacity point. It's always easy to demand a bigger, faster or better product. But when push comes to shove, those jumps only happen when there's financial impetus. I can ask for a Ferrari SUV that can comfortably hold eight passengers, but that doesn't mean Ferrari would make any money on it, or that I could afford such a monstrosity. Clearly, Samsung determined that the time was right for 2TB SSDs to become more commonplace.