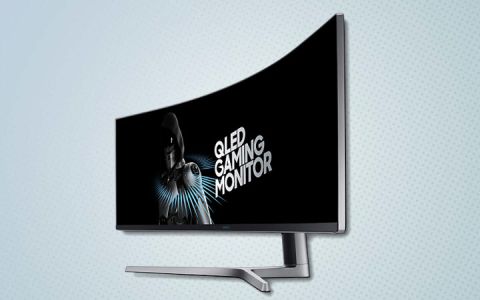 All monitors operate in a small window of max output between 319 and 355 nits, placing them all on roughly equal footing. The lone IPS screen has a major disadvantage in black levels, however. As such, the X34P’s minimum is more than 3 times higher than the group-leading Samsung. In the end, the CHG90 won the contrast contest by a comfortable margin. While this might not be a deal-maker on its own, it bodes well for its HDR capabilities.

The CHG90 can be dialed down to a relatively useless 19 nits. Since this is far darker than necessary, set brightness to 19 for a more comfortable 50 nits. Contrast dropped a little at this level, but at 50 nits, it’s closer to the 3735:1 we recorded in the max output test.

Calibration cost the CHG90 a little dynamic range but not enough to knock it out of first place. It’s one of the highest contrast monitors we’ve seen in a while, 3 times better than the average IPS panel. In our opinion, this makes up for its relatively low resolution. It should be noted that we did not use the zone-dimming feature for this test because that feature only applies to HDR content.

We can’t fairly compare HDR and SDR contrast, so we substituted different monitors for these tests only. They are Dell’s UP2718Q and S2719DM, Acer’s PE320QCK and BenQ’s EX3501R and EW3270U. Each is distinctively different in its HDR quality. The UP2718Q is the only screen with a full-array backlight, but as you’ll see, Samsung has some impressive tricks up its sleeve when it comes to output and contrast.

The CHG90 is not the only edge-backlight panel that can top 500 nits in HDR mode, but it is the only VA example. This technology is not known for high brightness, so how does Samsung do it? With a zone-dimming backlight. Many TVs can selectively dim part of their edge light, and this monitor can too. What that means is to achieve 589 nits, we had to measure a 10% window rather than a full-field pattern. The same is true of the Dell UP2817Q and many HDR-capable displays.

The CHG90 shuts off its backlight completely when a 0% signal is detected, so to measure the black level, we turned on the OSD quick menu and recorded the .0431cd/m2 number shown above. That delivers a superb 13,789.5:1 static HDR contrast value, the second highest we’ve seen thus far.

Intra-image contrast is nearly as high as sequential, which demonstrates the high-quality panel in use here. While HDR content will show the CHG90 to its fullest potential, SDR will look better here than on most other monitors, especially IPS and TN designs.

Prev Page OSD Setup & Calibration Next Page Grayscale, Gamma & Color
22 Comments Comment from the forums
Be In the Know