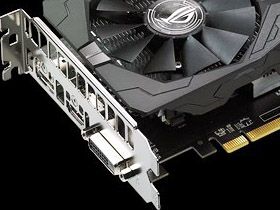 Ashes of the Singularity: Escalation (DirectX 12)

Even using Ashes of the Singularity’s Low quality profile, which disables anti-aliasing and dials back the game’s other details, punishes mainstream graphics cards at 1920x1080. The Radeon RX 560, with 128 more Stream processors than its predecessor at higher clock rates, only achieves ~5%-higher frame rates on average.

Although Nvidia’s GeForce GTX 1050 only comes with 2GB of GDDR5, it has no trouble keeping up with Radeon RX 560. What’s more, the GTX 1050 currently sells for a bit less.