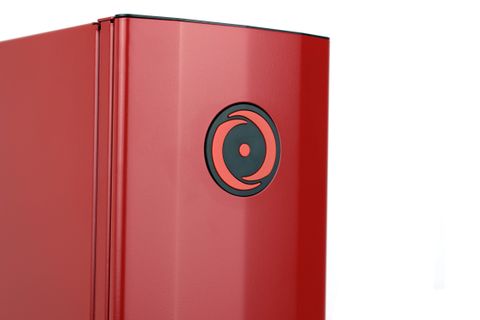 For comparison purposes, we've included data from our Z270 reference system, which also features an Intel Core i7-7700K (clocked at its stock 4.2 GHz with a 4.5 GHz max turbo frequency in lightly threaded applications) in an ASRock Fatal1ty Z270 Gaming i7 ATX motherboard. A 16GB (2 x8GB) kit of Kingston HyperX Savage DDR4-2133 memory runs at the standard CAS latency of 15-15-15-36, and EVGA provided us with a set of Founder’s Edition graphics cards (a GTX 1080 Ti, 1080, and 1070) and a 1000W PSU. We used data from the GTX 1080 Ti for this review, and we run the GPU at its respective default base and boost clock frequencies. You can check out the full specifications of our test rig below.

We also included data from our recent reviews of the Steiger Dynamics Era Reference and the AVADirect Avatar, which both feature a Founder’s Edition GTX 1080 Ti. The Era runs with a Core i5-7600K overclocked to 4.8 GHz, so it should provide excellent contrast to the Chronos in games and workloads that favor Hyper-threading. The Era’s GPU overclock is also nearly identical to the Chronos, with both systems sporting a 120 MHz boost on the core clock. However, Steiger’s sample has a higher GPU memory overclock, with an extra 200 MHz (the Chronos is boosted by 120 MHz). The Avatar lacks overclocking on the GPU, but the Intel Core i7-7700K is set to 4.7 GHz, just below the Chronos’ 4.8 GHz.

The Intel Core i7-7700K inside the Origin PC Chronos is overclocked to an all-core frequency of 4.8 GHz. CPU thermals are kept in check by a 120mm liquid cooler, and the GTX 1080 Ti Founder’s Edition graphics card is overclocked by 120 MHz on both the core and memory clocks. The 32GB (2 x 16GB) kit of Kingston HyperX DDR4-2666 features a CAS latency of 15-15-15-35, and the tight timings should provide above-average total memory bandwidth and performance in RAM-intensive workloads, and the capacity is decidedly above the cut.

The Origin PC Chronos starts our benchmark suite strong, taking a clean lead against the other systems in the 3DMark Fire Strike and Time Spy synthetic gaming tests. The Era Reference trades blows with the Chronos in the Graphics tests thanks to their similarly clocked GTX 1080 Ti graphics cards, and the Era manages to get a win in the GPU-oriented portion of the test in Fire Strike Extreme. However, the Chronos thoroughly leads the field in all other aspects of the test, including the Physics (CPU) and Combined segments of the benchmarks.

The Chronos again leads the pack in the Cinebench R15 benchmark. Although they both have identically clocked CPUs, the Origin PC Chronos takes a slight lead over the Steiger Dynamics Era Reference in the single-threaded portion of the benchmark. It doesn’t have any issue overtaking the Avatar and Era Reference in the multi-threaded tests, and it also exhibits the best OpenGL shading results at 180.88 FPS.

We again see the Era Reference and Chronos exchange blows in the Compubench Video Processing and Bitcoin Mining tests. The Chronos upends the Era in the Video Processing segment thanks to its Hyper-threaded Core i7, but the Era’s slightly higher GPU memory clock gives it a minuscule edge against the Origin PC contender in the Bitcoin mining benchmark.

The Origin PC Chronos makes short work of the other systems in the field in the storage tests with its 512GB Samsung 960 Pro SSD, which achieves slightly higher IOPS performance than the competition (which have Samsung 960 EVO SSDs). The Chronos also achieves significantly higher sequential read and write performance with its Pro-series SSD, reaching 3,228.95 MB/s read and 2,061.83 MB/s write speeds.

The 32GB (2 x16GB) kit of Kingston HyperX DDR4-2666 inside the Chronos has a low CAS latency of 15-15-15-35, giving it higher total multi-threaded memory bandwidth than the competition with its tight timings. The increased module density also plays a role in the increased bandwidth compared to the other systems (the Era features DDR4-3000 with CAS timings of 16-18-18-38; the Avatar has DDR4-2400 with a CAS latency of 15-15-15-35; both have 2 x8GB modules). However, the single-threaded memory bandwidth falls more in line with what you’d expect from the base memory frequency, with the Era and its DDR4-3000 leading the pack (albeit by a small margin).

The Chronos’ high memory bandwidth, speedy storage, and high-clocked CPU all play pivotal roles in its high scores in PCMark 8. The Origin PC SFF leads the Avatar by a sizable 305 points and 87 points in the Adobe Creative and Microsoft Office application tests, respectively.