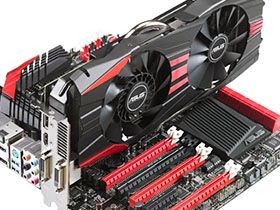 AMD's reference Radeon R9 290 and 290X cooler earned our disdain once we figured out that it was causing the otherwise-impressive Hawaii GPU to operate at performance levels below the company's specification. Getting the graphics processor to deliver full performance required faster fan speeds, more noise, and ultimately higher power.

Starting back in December, partner boards with third-party coolers started showing up. No longer was it necessary to make your own modifications, like we did in Fixing The Radeon R9 290 With Arctic's Accelero Xtreme III, to maximize the performance of those once-$400 and -$550 cards. Speaking of, let's take a look at how the cards in today's update are priced now:

Our colleagues in Germany began working with the uniquely-tuned offerings, hoping to find that AMD's partners were extracting just as much performance as we were able to, without the hassle of adding your own aftermarket cooler. Do they, though? That's the question we want to answer today.

In Germany, this story has been taking shape one card at a time. But now that we have it translated into English, we have a more complete picture of the partner card market, including two Radeon R9 290 cards, five R9 290X cards, the reference board with our Arctic Accelero Extreme III modification, and another home-grown configuration with NZXT's Kraken G10 and X40 bracket.

All of the Radeon R9 290X cards are set to their Quiet Mode firmware setting, since the board partners do a suitable job of cooling Hawaii without sacrificing clock rates.