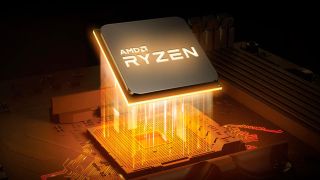 Today, we dropped our Intel Core i9-10900K review, providing a look at how Comet Lake-S performs. At the same time, the older, but still very competitive, AMD Ryzen 9 3900X has gotten a price drop and is now selling for just $410 on Amazon.

When the 12-core, 24-thread Ryzen 9 3900X launched in September, it sold for as much as $590 while supplies ran tight, well over its $499 MSRP. Slowly, that price has dropped over the last year, with pricing sitting at about $435 for the last few months.

In our AMD Ryzen 9 3900X review, we praised the chip for pushing the limit on what a mainstream desktop chip can do with 12 cores and 24 threads while keeping the price managable.

Intel's new Comet Lake-S chips may be all the news right now, but if you want to save some cash, this is a great bargain for AMD's Ryzen 9 3900X.