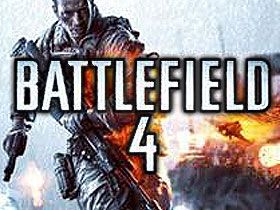 PC gamers who love great-looking first-person shooters have more than a few big-name franchises to choose from. But if you're particularly enchanted with large-scale multiplayer battles that include a wide array of player-piloted vehicles, one series stands above the rest. The Battlefield games weren't the first to focus on that style, but they certainly had a hand defining the genre.

The imminent release of Battlefield 4 is, therefore, a big deal to PC gamers. We spent some time with the public multiplayer beta to see what's new and check out pre-release performance on a wide array of graphics cards and processors.

Of course, this means our analysis is limited to online play for now (though that tends to be what makes the series so long-lasting). The basics haven't changed: the four player roles are still assault, support, engineer, and recon. The beta offers the staple conquest-style game with large vehicle-populated maps, along with an infantry-focused domination option on a smaller map and void of mechanical transportation. The new obliteration and defuse games are not available yet. Neither are competition favorites like team deathmatch, rush, or squad deathmatch. There's only one map in the beta test: Seige of Shanghai. Like Battlefield 3, the game servers are selected via a Web browser.

The sense of scale is much larger than any Battlefield game I've played before, thanks to the sprawling city and large buildings. The new Frostbite 3 game engine facilitates gorgeous visuals that remind me a lot of Crysis 3. There are other changes, like improved water dynamics, the commander mode (also available from Battlefield: 2142), and the new "levolution" feature that gives you the ability to destroy large-scale map features, such as buildings, to move the location of objectives. While levolution sounds cool, it appears to be hard-coded into specific structures. My understanding was that only one building in the Seige of Shanghai could be destroyed. It was already down in every server I joined, though, so I never saw this feature in action.

I would have liked to see fully-destructible terrain, though of course that introduces logistical issues. We're hoping, then, that the final version of Battlefield 4 includes at least one map with more "levolvable" structures.

Otherwise, the beta's environment is fairly standard, perhaps a bit more interactive than prior titles in the franchise. There's a lot of glass and architectural detail that demonstrates abuse from gunfire and explosions, and much of the concrete cover is destructible. Most of the buildings are static above the first floor, though.

Thus far, Battlefield 4 looks like it's shaping up to be a polished, better-looking version of its predecessor with even more interesting environments to play in.

We all know we're going to be busy playing Battlefield 4 when it comes out, so let's take a moment during the beta period to discuss DICE's Frostbite 3 engine.

Next Page Game Engine, Image Quality, And Settings
205 Comments Comment from the forums