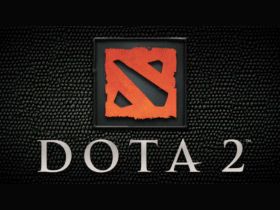 Are You Playing Defence Of The Ancients (Dota) 2?

The original Defense Of The Ancients (DotA) is not a standalone game; it's a mod for Warcraft III: Reign of Chaos. Easily one of the most popular game mods of all time, DotA represents the blueprint for an entire sub-genre of RTS games called multiplayer online battle arenas, or MOBAs [edit: there's an argument to be made that MOBA is too generic a term and that the genre is best described as 'Action RTS', but MOBA has gotten a lot of traction so we'll use it for the purposes of this article]. DotA is the inspiration for Dota 2 and League of Legends (LoL), both free-to-play games in the MOBA category, and two of the most widely-played titles on the planet.

For those of you who aren't familiar with the MOBA genre, here's a quick explanation. There are two bases, each on opposing corners of the map, and one for each team. The objective is to destroy the opposing team's base. Three roads, or lanes, connect the bases. Low-level units automatically and periodically spawn from each base in groups, and these soldiers travel down the three paths between the bases. As a result, there is always a battle going on in the trio of lanes.

In addition, each team has three defensive towers in each lane on their side of the map, totaling nine towers per team. These structures deliver powerful attacks against enemy soldiers and players, but they can be destroyed through significant effort. Because of this, fights tend to center on the towers.

All of this happens automatically. Unlike in typical RTS games, you don't have to collect resources, build structures, or train units. You only control your hero, which can level up and acquire a range of upgradeable powers. However, its role might best be described as support for the A.I. soldier units. Players help control the battlefronts and destroy enemy towers in the lanes. The idea is to to open your opponent's base up to a direct attack by the A.I. and hero once the towers in a lane are gone. There are five players per team, which of course doesn't divide into the three lanes equally. When a player dies, he respawns at the team's base after a penalty period.

That's MOBA in a nutshell. It sounds simple, but strategies can be surprisingly complex. In addition, games like Dota 2 and LoL add new heroes with vastly different powers on a regular basis. Almost every archetype you could possibly think of is covered. New heroes are part of the revenue model, in fact, since cosmetic items for the characters are available to buy. Valve committed to a true free-to-play strategy (not pay-to-win) so none of the cash items will give any advantage in game, only cosmetic enhancements.

The original DotA mod is probably responsible for the popularity of MOBA games in general, but LoL capitalized on it first. Released in late 2009, LoL averages over 12 million players per day, with peak concurrent global players peaking over five million. That's significantly more than World of Warcraft.

Now let's talk about Dota 2. Formally announced in 2010 and released to the public in 2012, this game was developed by Valve, which recruited one of the original DotA developers (known as IceFrog) to design it. Dota 2 is the spiritual sequel to the original Warcraft III mod.

How does Dota 2 differentiate itself from LoL? I'd like to give you a brief list, but I'll convey a caveat first. MOBAs are some of the most competitive, detailed, and nuanced multiplayer PvP games on the market. I'll probably never spend hundreds of hours playing Dota 2, and I'm no expert. So, no matter what I put here, one thousand angry players will probably point out the differentiators I missed in the comments below. Nevertheless, here are the big ones to me:

1. Dota 2 gives you access to all heroes right off the bat, whereas you can get to a limited rotation of heroes in LoL. League of Legends does allow you to save in-game rewards to you can put toward permanent access to a hero. Or, you can get to it instantly with with real-world currency.

2. Dota 2 allows players to destroy their own towers and structures to deny opponents from receiving gold rewards. LoL does not.

3. When you're killed in Dota 2, you lose gold, while the enemy who killed you gets gold and experience. In LoL, the enemy gets experience and gold, the killed player doesn't lose gold.

That's not a comprehensive list by any means, but those three differences have a substantial impact on how both games are played.

Although I'm admittedly not a MOBA wizard, I do know a thing or two about PC graphics. Without hesitation, Dota 2's graphics engine is far more advanced then LoL's. Let's have a look.

Current page: Are You Playing Defence Of The Ancients (Dota) 2?