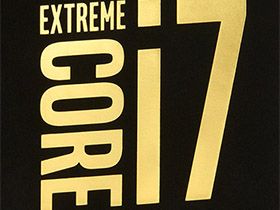 Meet Broadwell-E For The High-End Desktop

Intel launched its sixth-gen Core architecture, code-named Skylake, last August. That design’s predecessor, referred to as Broadwell, surfaced on the desktop two months prior. I can’t remember a time in the company’s history that an entire product family was superseded so quickly.

The Broadwell-based Core i7-577C and Core i5-5675C weren’t inherently flawed or anything. But they also weren’t optimally configured to replace Intel’s popular Devil’s Canyon CPUs, which enthusiasts bought up in hopes of pushing the Haswell architecture to 5GHz. Instead of emphasizing host processing performance, the Broadwell-based chips we reviewed last June put graphics first. Their Iris Pro Graphics 6200 engines served up playable frame rates in many popular games at 1920x1080, decimating AMD’s fastest APUs in the process. But with IA cores running at lower clock rates than the Core i7-4790K and Core i5-4690K, Broadwell often underperformed in our benchmark suite. No wonder Intel wasted little time rolling out Skylake.

We always knew we’d be seeing Broadwell again, though. There’s a fairly predictable lag between when Intel rolls out a new architecture and when the design is adapted for server/workstation use. So, when we got our hands on Xeon E5-2600 v4, based on Broadwell-EP, we knew the single-socket version for enthusiasts and workstations wasn’t far behind.

Today’s Broadwell-E launch sees Intel’s high-end portfolio expand by 33%. Instead of three new models, we’re getting four. The flagship is now a $1723 affair, rather than the ~$1000 we’re accustomed to paying. But we don’t expect that to be the model most power users express interest in. Let’s break Broadwell-E down to determine if it makes sense as an upgrade to Haswell-E in the latest LGA 2011-v3 platforms.

As Intel’s mainstream processors evolve, more of their transistors are dedicated to graphics. The impetus is easy to understand. Its IA cores are tuned well. Four of them working in parallel offer a reasonable balance—fewer cores would bottleneck intensive desktop workloads, while more would go underutilized. Graphics, on the other hand, is an inherently parallel problem. Intel could keep dumping execution units into its graphics engine and still trail the fastest discrete GPUs.

Increasingly, the average desktop user can drop a Skylake-based CPU into an affordable motherboard and enjoy great performance in most applications, even games. Those of us who purpose-build our PCs for gaming bypass on-die graphics, though. We need add-in cards designed for high resolutions and fast frame rates. As a result, much of the progress Intel makes from one generation to the next goes to waste. And enthusiasts don’t like waste.

Whereas the desktop Broadwell launch was a showcase of Intel’s 14nm tri-gate transistors and unprecedented graphics capabilities, Broadwell-E puts the emphasis back on host processing. Customers at this end of the spectrum install their own graphics cards, network adapters and storage controllers to maximize performance. They need lots of connectivity, not passable integrated extras. And so Broadwell-E continues a tradition of increasing core count, piling on cache, feeding on-die resources with a beefier memory controller and expanding PCI Express to accommodate more peripherals.

The flagship -6950X features 10 cores, representing the complete LCC die. Each core is associated with 2.5MB of last-level cache, yielding a 25MB pool across the chip. The cores also have their own 32KB L1 instruction and data caches, plus 256KB of L2 cache. Core i7-6950X operates at a base frequency of 3GHz, but ramps up to 3.5GHz through Turbo Boost. From there, Intel adds a familiar 40-lane PCIe 3.0 controller and a quad-channel DDR4 controller, which steps up from 2133 MT/s memory support to data rates as high as 2400 MT/s. Hyper-Threading support up and down the Core i7 family means -6950X works on up to 20 threads concurrently.

Despite the changes, Broadwell-E is still compatible with Intel’s X99 chipset through an LGA 2011-v3 interface. Existing motherboards should receive firmware updates to properly recognize the processor family. Meanwhile, new models like the MSI X99A Gaming Pro Carbon we’re testing with today modernize Intel’s aging platform to give it USB 3.1 Gen 2 support, Type-C port connectivity and a U.2 connector for high-end storage.

It’s notable that -6950X maintains the same base and peak clock rates as its predecessor, -5960X, with an extra two cores and the same 140W TDP. No doubt this is attributable to the shift from 22 to 14nm manufacturing.

One step down, Core i7-6900K gives you the same eight cores as Intel’s Core i7-5960X at a marginally higher $1089 price point. Disabling two of the die’s cores also turns off 5MB of shared L3 cache; similar to the -5960X, Intel’s Core i7-6900K includes 20MB total. Beyond the speed-up that comes from Broadwell’s slight IPC advantage over Haswell, -6900K also sports a 200MHz-faster base clock rate of 3.2GHz and a maximum Turbo Boost frequency of 3.7GHz. PCIe connectivity goes unchanged from the -6950X, as does memory support, TDP and X99 compatibility.

The Core i7-6850K features six Hyper-Threaded cores and 15MB of last-level cache, allowing it to juggle 12 threads at a time. Fewer active cores give Intel the thermal headroom to play with clock rates a bit, and the -6850’s base frequency increases to 3.6GHz (a 100MHz advantage over Core i7-5930K). Turbo Boost takes the CPU to 3.8GHz in lightly-threaded workloads (also a 100MHz increase compared to the previous generation).

This is the third and final Broadwell-E CPU with 40 lanes of PCIe connectivity. DDR4-2400 memory support carries over, as does the 140W TDP and LGA 2011-v3 interface. Not surprisingly, Intel targets a similar price as the -6850K’s predecessor, citing $617 in 1000-unit quantities.

With the recent revelation that SLI support on Nvidia’s Pascal-based cards is officially limited to dual-GPU configurations, not to mention data showing little performance difference between x8 and x16 links, the loss of 12 lanes compared to Intel’s higher-end Core i7s shouldn’t be a deal-breaker. Twenty-eight lanes are enough for two high-end GPUs, PCIe-based storage and even add-in networking if you need it. The real question is going to be whether you’re better off with six Broadwell cores at 3.4GHz or four Skylake cores at 4GHz (for $100 less, at that).

Although it’s hard to fall in love with Broadwell-E’s specifications and downright difficult to forgive an almost doubling in price of the top-end model, today’s launch does introduce one new feature enthusiasts may appreciate (if we're able to get to the bottom of what it does).

Subtle variations in the quality of a silicon die, determined by many different variables in the manufacturing process, affect a CPU’s maximum frequency at any given voltage level. Even within a single CPU, it’s common to find one core that runs cooler or overclocks further than the others when they’re all subject to a similar workload.

According to Intel, its Turbo Boost Max Technology 3.0 gives you the ability to characterize a CPU’s performance via software, identify the strongest core and run single-threaded workloads on it. The idea is to maximize the amount of time you spend at high frequencies, scaling down as core utilization increases. It either requires OS awareness or Intel’s core affinitization driver; we used the latter on our Windows 10-based test benches. Intel doesn’t consider this overclocking, as the CPU continues to operate within its specifications.

This capability is enabled across all four Broadwell-E processors for now. Intel couldn’t tell us whether there’s any hardware on-die needed to support Turbo Boost Max Technology 3.0, but motherboard BIOS support is required. We wouldn't be surprised to see this functionality make its way into the next generation of mainstream processors as well.

Turbo Boost Max does not take the place of Turbo Boost 2.0—that feature continues to increase clock rate up to predetermined limit based on core utilization. Rather, Turbo Boost Max appears to pin affinity to the “fastest” core and actually exceed that ceiling. The trick is it can be difficult to spot. There's a Utilization Threshold percentage that must be crossed during an Evaluation Interval, which assures Turbo Boost Max kicks in to help with demanding work. By default, the threshold is 90% and the interval is 1000ms. Our single-threaded LAME benchmark never hits 90%, so as we were looking for Turbo Boost Max in that real-world test, we never saw frequencies above 3.4GHz (within the -6950X's Turbo Boost 2.0 range). Cinebench's single-core benchmark tops out at 99.5% utilization on one core though, so it stretches all the way up to 4GHz according to ThrottleStop 8.10 Beta 2.

There's naturally a limit to where Turbo Boost Max Technology 3.0 can no longer provide its benefit. In the graph above, we ran Prime95's torture test with one thread active, turned it off, increased to two threads, turned it off and then fired up three threads. The first pass gave us 3.9GHz before dropping back to an EIST-imposed 1.2GHz. Next, we saw 3.8GHz. By the time three threads were active, the Core i7-6950X was pegged at 3.4GHz.

Intel could probably do a better job documenting this feature, but we're not sure if it's guaranteeing up to 4GHz on a -6950X through Turbo Boost Max Technology 3.0 or simply telling enthusiasts they can expect some arbitrary degree of additional performance based on the quality of their CPU.