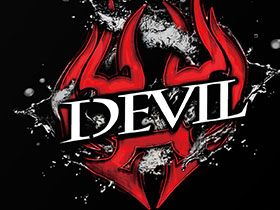 In order for us to compare results between cards reviewed by any of our reviewers, Tom’s Hardware standardized the test bench that we all use for 2015. By doing this, each of our locations can have different sets of cards and still compare from the pool of results that any of us have obtained. Starting with an MSI X99S XPower motherboard, each test bench has an Intel Core i7-5930K overclocked to 4.2GHz, 16GB of Crucial Balistix Sport DDR4, two Crucial 500GB SSDs and an 850W power supply from be quiet!.

Results from the Sapphire R9 Fury Tri-X were pulled from our review earlier this summer. That card was only sent to us temporarily, prior to the publication of 15.7. So, those numbers were generated using the 15.15 driver package that was available back then.

Audio measurements are taken in a completely silent room. Typically, we record our readings two inches from each card's rear I/O bracket. But with PowerColor's closed-loop cooling system, two measurements were needed: one at the rear of the card and a second at the radiator exhaust point.

The meter I have at my disposal is only sensitive to 35 dB, so anything lower than that registers as zero. If the card makes an audible noise that the meter does not detect, I mark it as 34 dB. If no audible noise is observed, then it receives a 0 dB result on the graph.

To test power consumption using our reference platform, a bit of creative math is needed. Since Haswell-E processors don’t have integrated GPU cores, we can’t boot the system without a discrete board installed to get a baseline. We are able to estimate consumption based on the approximate power draw of the test bench, though. In our observations, we’ve found that the approximate power draw from everything other than the GPU is 120W. By deducting that from the recorded wattage reported on our in-line power meter, we can calculate the approximate draw of the GPU.

Prev Page Introduction, Specifications & Features Next Page Gaming Benchmarks
22 Comments Comment from the forums
Be In the Know