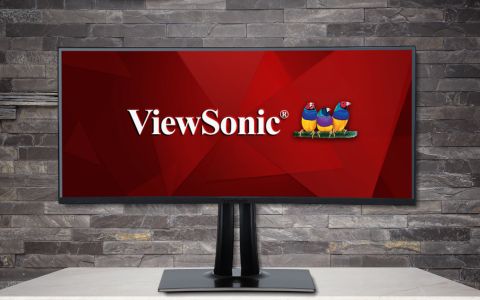 To read about our monitor tests in-depth, check out Display Testing Explained: How We Test Monitors and TVs. We cover Brightness and Contrast testing on page two.

For comparisons, we’re looking at a mix of monitors that includes enthusiast and gaming displays. Pro panels are Dell’s UP2718Q with its full-array backlight, NEC’s PA243W and Acer’s PE320QK. The BenQ EX3501R and EW3270U are more suitable for gaming and entertainment. All support HDR except the NEC.

The VP3881 delivers a maximum output typical of most ultra-wide monitors. ViewSonic claims 300 nits and misses that target by only a hair. But for a professional screen, that’s more than enough in SDR mode. Few will be turning the brightness up all the way, especially in dark post-production studio environments.

Black levels are average among the in-plane switching (IPS) screens here, which result in a 935.4:1 native contrast ratio. That’s about equal to the Dell and NEC, but below the over-achieving Acer. Notably, the PE320QK is one of the best IPS panels in this category.

Minimum brightness is a dark but usable 41 nits, just enough for a light-controlled room. Four clicks of the brightness slider sets output to 50 nits, which is a little easier to live with on a daily basis. Contrast is the same 935:1, which is the most consistent result we’ve ever seen. While a VA panel would provide better blacks and contrast, there are few, if any, that offer this level of precision.

The VP3881’s fixed color modes still allow access to the brightness slider once uniformity compensation is turned off. For our calibrated test, we used the Custom mode, which employs sRGB color. We set the white point to D65 and gamma to 2.2. There is no loss or gain of contrast after a few tweaks to the RGB sliders, which is a good thing.

This monitor reacts exactly as a professional-grade tool should. While greater contrast would be nice, its dynamic range is enough to get the job done.

Unfortunately, the VP3881 has no more dynamic range in HDR mode than in SDR. Brightness is a few nits higher, but neither black levels nor contrast improve. Unlike other panels in the sample group, ViewSonic has opted against using a dynamic feature.

We measured 10 percent  window patterns as well as full-field rasters and obtained the same results. Actual HDR content looks OK, thanks to accurate tone-mapping of Electro-Optical Transfer Function (EOTF), an electronic value in content that specifies brightness displayed, but the visible difference is subtle at best.

The VP3881 features excellent uniformity, achieved without additional compensation. Turning that on reduces contrast and output by half, so we don’t think it’s worth using. The hardware quality is certainly high, but it still won’t deliver the dynamic range of the average vertical alignment (VA) panel.