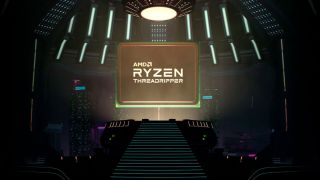 A competitor to Intel’s Xeon processors, AMD’s Ryzen Threadripper line is a series of chips with high CPU core counts and high clock speeds used for professional-level rendering, encoding, compiling, streaming and pretty much everything a typical Ryzen isn’t cut out for. It’s been used on movies like Terminator: Dark Fate, and at 64 cores and 128 threads with a max boost speed of up to 4.3 GHz, the Threadripper 3990X is easily the most powerful model in the series.

As we noted in our AMD Threadripper 3900X review, this CPU also brings PCIe 4.0 support and enthusiast-level features, like overclockability and competitive per-core pricing. Sure, $3,449.99 might seem like a lot at first blush, but compared to Intel’s $10,000-plus Xeon 8280, the Threadripper 3990X offers comparable, and sometimes higher, performance. Of course, this Threadripper is also plenty capable as a gaming CPU, even if it’s a bit overkill.

With so many of us now working from home, plenty of folks are looking to upgrade their CPU. If you’re a 3D modeler, financial analyst, VFX specialist or other professional in need of business-tier computing, this deal is a great way to up your productivity without breaking the bank.