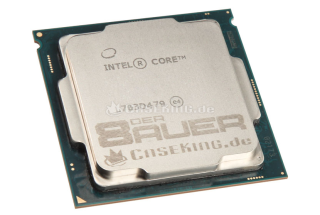 Intel recently launched its Core i9-9900KS, which is a specially-binned Core i9-9900K that runs at 5.0 GHz on all cores. That’s not enough for some, though, who want their binned CPUs to be binned yet again, which is why Der8auer over in Germany is testing a whole bunch of these -9900KS’s and selecting the best chips for you.

Of course, Der8auer isn’t the only one to do this. U.S. based Silicon Lottery is also binning the 9900KS CPUs, clocking them at up to 5.2 GHz on all cores with a voltage of 1.325V. Der8auer’s chips are faster, though, with his “Advanced Edition” 9900KS running at a whopping 5.3 GHz on all cores. Der8auer hasn’t listed which voltage he runs the chips at, though he will include this information on the packaging if you purchase one, so you know what you need to do to get the chip to run at this higher clock. Der8auer users an AVX offset of -3 (compared to -2 that the Silicon Lottery uses), which is probably how he’s able to reach the slightly higher overclock without serious overheating issues.

As part of the Advanced Edition chip, Der8auer also engraves the IHS (integrated heatspreader), and replaces the factory thermal paste with Thermal Grizzly Conductonaut paste – which he claims helps the CPU run 8 degrees cooler under load.

Another key difference between Der8auer’s chip and Silicon Lottery’s silicon is the warranty: where Silicon Lottery offers a one-year warranty on its part, Der8auer offers two years of “King Mod Warranty” – likely because the EU makes it mandatory for any reseller to offer two years of warranty on its products, even if the factory warranty is less. Of course, by overclocking, the standard factory warranty from Intel is immediately void, which is why Der8auer’s warranty is a comforting inclusion.

Do note, though; You’ll need the right motherboard to achieve these overclocks. It’ll only work with the right Z390 motherboard, but even then you’re probably best off with one that has the best VRM circuitry in order to ensure stability – small temporary drops in voltage can be enough to destabilize the processor and cause crashes, and at these high overclocks you want to avoid running a higher voltage to compensate for this due to thermal issues.

Der8auer’s binned -9900KS 5.3 GHz Advanced Edition costs €999.90 from Caseking in Germany, which translates to about $1100 USD – and this price includes shipping and VAT.

6 Comments Comment from the forums
Be In the Know