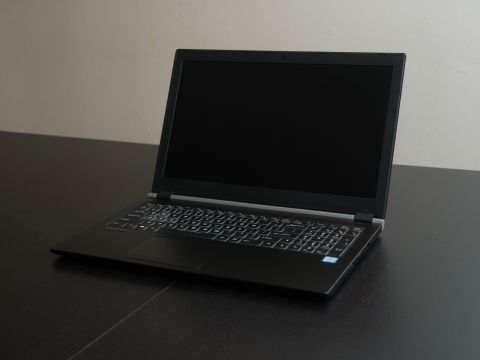 Ashes of the Singularity: Escalation is one of the most demanding titles available, and we witness the Equinox take a heavy hit in performance; it delivers 28.33 FPS in Crazy settings with MSAA set to x8.

The Equinox is the first laptop we’ve tested using Ashes of the Singularity: Escalation, so we don’t have proper comparison metrics to make.

Grand Theft Auto V is one of the more demanding titles in our suite, but the Equinox delivers respectable performance during most of the benchmark scenes. The only exception is the Vinewood Sign scene, which is notorious for dragging even the most powerful gaming systems to their knees; for example, the Triton 700 only barely manages 40 FPS.

Interestingly, the Equinox doesn’t show a notable improvement over the Aero 15X, despite its higher-core i7-8750H.

Hitman is notorious for being a CPU hog, so this should be the perfect opportunity for a 6-core processor to shine, right? Sadly, this isn’t the case. Once again, the Equinox doesn’t offer an improvement over the Aero 15X’s frame rate. In fact, the Equinox underscores the Aero by about 6%. However, keep in mind that the Equinox’s display has a higher refresh rate than the Aero (60Hz), so the former appears to perform faster.

Middle-earth: Shadow of War, features a fairly balanced and manageable workload. The Equinox delivers 69.33 FPS at Ultra settings and FXAA, so you can easily enjoy 60 FPS.

Middle-earth: Shadow of War is a new addition to our laptop gaming benchmarks, so we unfortunately don’t have any comparison data to provide.

Rise of the Tomb Raider is one of the most demanding AAA titles in this generation, and it’s a GPU-intensive one at that. As such, this means that the i7-8750H’s two extra cores don’t provide the Equinox much of an improvement over the the Aero 15X. The only way to improve performance is with a stronger GPU.

The Division is a platform-based title offering a moderate benchmark workload. Most mid-to-high-end laptops will perform well here, even at maximum settings. The Aero 15X and Equinox go head-to-head yet again, with the latter’s stronger CPU offering no edge over the competition.