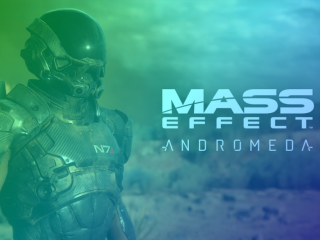 The Game, Graphics Engine, And Settings

Hotly anticipated by fans of the franchise, Mass Effect: Andromeda is finally available on the PC, PlayStation 4, and Xbox One. Published by EA after five years of BioWare's development work, this game utilizes DICE's Frostbite 3 engine. Gone is Unreal Engine 3, which BioWare used for Mass Effect 3. Somewhat disappointing, then, is that Andromeda is only compatible with DirectX 11, even though Frostbite 3 can be made to work with DirectX 12 (as in Battlefield 1, for example). But enough chit-chat: let's see how Mass Effect: Andromeda performs on our mid-range gaming PC.

EA suggests minimum and recommended system configurations expected to facilitate smooth frame rates in Mass Effect: Andromeda. Although the publisher's "Are you ready..." page lists predicted performance at 30 FPS, we interpret this to mean at a minimum, rather than average frame rates that'd dip uncomfortably low. With that said, EA's minimum requirement targets 720p using Low quality settings, while the recommended spec aims for 1080p using High details. Based on the following components, this appears to be a fairly demanding title.

We begin with a graphics quality comparison between AMD's Radeon and Nvidia's GeForce cards. Being a multi-platform game, and therefore destined to run on AMD-based consoles and a diverse range of PCs, it'd be disappointing if we didn't see identical output from both architectures.

Aside from a handful of pixels, the images are largely identical. That's good news.

You have access to enough quality settings for a customized experience, but not so many that you're overwhelmed by technical terms and incomprehensible parameters.

Four presets are available: Low, Medium, High, and Ultra. Of course, you can also fine-tune the underlying options.

The most obvious differences between High and Ultra are in the terrain textures (specifically, the foliage beside paths, which is much more detailed in Ultra mode) and the distance at which decorative elements appear (for example, the greyish-blue block you can see in the Ultra screenshot, but not in the High one).

Dropping down to the Normal preset, shadows and textures are much less detailed. The default settings also force a 900p resolution, which is upscaled to 1080p. This results in a slightly pixelated look. Anti-aliasing under the Normal preset isn't as pronounced.

The Low setting further chips away at fidelity, resulting in blurrier, more pixelated, and somewhat faded visuals. The shadows and draw distance of decorative items is reduced to a minimum, while the target resolution falls to 720p before being upscaled to 1080p. It goes without saying that you should only suffer the Low preset if your hardware can't handle anything higher.

Although Mass Effect: Andromeda looks great, its physics engine seems a little lost at times. We've seen a number of collision problems and objects floating in the air where they shouldn't. Hopefully a future patch addresses these issues.

Next Page How We Test Mass Effect: Andromeda
31 Comments Comment from the forums