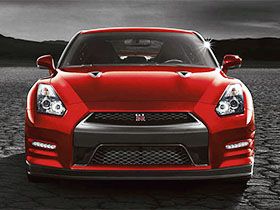 The first time I, along with most North Americans, encountered Nissan's Skyline was back in 1998 with the first release of Gran Turismo from Polyphony Digital for Sony’s PlayStation console. Nissan kept the car mostly for its home and European markets before Gran Turismo came out; the car was practically unheard of here. I still remember winning race after race in a Nissan Pulsar GTi-R to save enough credits to purchase an R32 Skyline GT-R, which ended up being one of my favorite cars in the game.

Gran Turismo was more than just entertainment, though. It was an encyclopedia of cars unavailable in North America back before Wikipedia was around. This one game introduced a complete generation to desirable vehicles available across the Pacific. We were missing out on all of them, though many ended up arriving on our shores, including the Subaru Impreza WRX, Mitsubishi Lancer Evolution, Mazda 2 (Demio), and of course Nissan's Skyline.

When the V35 Skyline reached North America in 2001 as the Infiniti G35, it was a domesticated animal sporting Nissan’s corporate 3.5 L V6. The company teased its perpetually-forthcoming GT-R with prototypes at auto shows for years. But it wasn’t until 2008 when the official successor to the previous Skyline GT-R arrived here in the States. Nissan dropped the Skyline brand and simply dubbed the car GT-R.

The GT-R is essentially the Gran Turismo car, which was featured so prominently on the cover of Gran Turismo 5 Prologue for PS3. Nissan created a much rawer beast in its GT-R, and even contracted Polyphony Digital to design the vehicle's multifunction display, which we’ll dive into later.

So what exactly are the editors of Tom's Hardware doing with this thing? Well, several months back, as we were discussing our plans for the 2013 Consumer Electronics Show, we thought it'd be fun to take a road trip from Angelini's house in Bakersfield, California to Las Vegas, Nevada, er, "familiarizing" ourselves with the land-based rocket ship along the way. So, we gave Nissan USA a call to see if they had a press car available.

Company reps obliged and provided us with a 2013 GT-R Black Edition loaded with all of the goodies, including lightweight wheels, Recaro seats, and a carbon fiber wing, among other amenities.