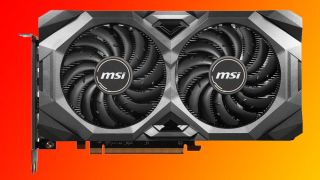 If you want powerful graphics card that's good enough for 2K gaming at high settings , a card that's powered by AMD's RX 5700 XT chip is a great choice. Before the holiday tech deals season, it was difficult to find an RX 5700 XT card for less than $400, but now we're seeing some good sales.

The card also comes with some nice software extras. You get three months of Xbox Game Pass and your choice of Borderlands 3 or Tom's Clancy's Ghost Recond Breakpoint.