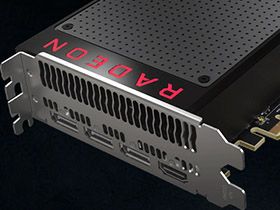 The tools and methodologies used for benchmarking in virtual reality are explained exhaustively in FCAT VR: GPU And CPU Performance in Virtual Reality. If you'd like to know more about these results, start with that story. We're using the same hardware described on the How We Tested AMD's Vega RX 56 8GB page, plus an Oculus Rift HMD.

A graph of frame time over time suggests a fairly consistent experience through our 150-second benchmark run in Arizona Sunshine. However, GeForce GTX 1080 does achieve the lowest (best) frame times. Radeon RX Vega 56 appears to fare slightly better than GeForce GTX 1070. And Radeon RX Vega 64 peeks up above the rest of the field.

Looking instead at the 90 frames per second displayed by each graphics card, we see that neither AMD nor Nvidia fall back on Asynchronous Space Warp to keep up with Oculus’ HMD. There are dropped frames across the board, but we don't observe any synthesized frames.

These numbers confirm that GeForce GTX 1080 enjoys the greatest headroom above 90 FPS. Both Radeon RX Vega cards occupy the middle spots, albeit in a reversed order compared to what we’d expect. GeForce GTX 1070 trails Vega 64 slightly.

While we know that 90 FPS gives us 11.1ms per frame, our 99th percentile frame time chart shows Radeon RX Vega 64 and GeForce GTX 1070 approaching 12ms. How is that possible? From our previously-linked primer on VR benchmarking:

“In all actuality, the envelope can expand/contract due to preemption/parallelization done by the VR runtime. Oculus' adaptive queue ahead feature is designed to facilitate this, so an 11ms cut-off is not absolute, though it’s generally true. In short, optimizations are not enough to keep you from dropping frames if you render at >11ms for an extended period of time.”

The average frame times for all four cards are closer to 10ms, so there’s clearly some headroom available for dealing with worst-case frames, though some of those do get dropped (indicated by the red blips in our interval charts).

Prev Page The Witcher 3 (DirectX 11) Next Page VR: Chronos (DirectX 11)
69 Comments Comment from the forums
Be In the Know