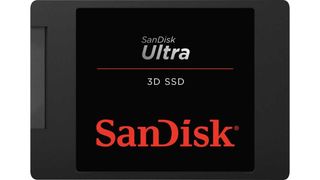 The price of SSDs has fallen to the point where we often see low-speed 1TB drives for less than $90 and high-speed models under $130. But 2TB drives still usually cost more than $200, no matter their performance numbers.

While 1TB is a nice amount for a lot of people, consider that modern AAA games like Star Wars: Jedi Fallen Order can use up over 40GB of your drive. Add in some 4K movies and you can really use the extra headroom that 2TB provides.

As an early black friday tech deal, Best Buy has the SanDisk Ultra SATA SSD on sale for just $179, reduced from $249. You won't see the $179 price listed, however, unless you are signed in to your Best Buy account. Don't have one? Registering is free so there's no reason not to.

SanDisk Ultra 2TB SATA SSD: was $249 now $179
You must be signed into a Best Buy account (free to register) to see this price. This is a high-performance SATA SSD with a cost of 8.7 cents per GB. You rarely see 2TB drives this cheap, particularly from a reputable brand.View Deal

This is a 2.5-inch, SATA drive so it's good for upgrading a laptop or desktop that originally had a hard drive (or lower-capacity 2.5-inch SSD).  Desktop users who already have speedy M.2 PCIe SSDs can get the SanDisk Ultra 2TB SSD to use as a data drive.

What about performance and reliability? Being an older drive with mainstream performance, the SanDisk Ultra isn't on our current list of best SSDs, but it is in the ballpark with other SATA drives. The drive is rated for 560 MBps reads and 530 MBps writes, which is typical for its class. SanDisk, one of the most reputable brands in the storage space, backs it with a 5-year warranty.