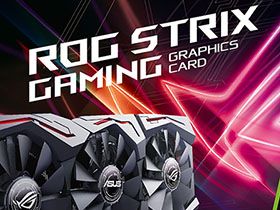 It’s hard not to like the Asus ROG Strix GeForce RTX 2070 O8G Gaming…until you see its price tag. The most expensive 2070 out there does so many things right, though: it’s fast, cool, quiet, and loaded with features. If you want a card for QHD gaming that comes dialed in from the factory and will live in a windowed case, this one’s ready to rock. Budget-sensitive enthusiasts should look elsewhere, though.

When it comes to recommending graphics cards, we’re used to finding the best value at the bottom of each model range. After all, guaranteed overclocks, fancy lighting, and big coolers add substantial cost. Presumably, then, that’d put Asus’ ROG Strix GeForce RTX 2070 O8G Gaming at a big disadvantage since it’s currently the most expensive GeForce RTX 2070 in the U.S. and UK.

But sometimes, the benefits of a premium product extend beyond superficial knickknacks. Asus offers better performance, lower temperatures, less noise, and more functionality than any of the other 2070s we’ve seen. Although many enthusiasts won’t be able to justify spending extra on superior attention to detail, others will appreciate the effort that went into designing a graphics card that’s better than the competition in almost every way.

Asus isn’t above the laws of thermodynamics. This card’s TU106 GPU is still rated for 175W, and its waste heat is dissipated by fans blowing through a sink, just like other GeForce RTX 2070s. The difference is that Asus starts with a larger sink. Whereas Nvidia’s GeForce RTX 2070 Founders Edition registers roughly 2 lbs. 2 oz. (968g) on our scale, the ROG Strix GeForce RTX 2070 O8G Gaming nearly hits 2 lbs. 11 oz. (1210g). The card sits on a much larger PCB and is topped by a much longer heat sink, so we’re not surprised that it’s so much heavier.

The ROG Strix board's PCB is massive at 11 ¼” (28.6cm) long. Asus’ thermal solution overhangs that, taking the total length to almost 12” (30cm). From the bottom of the PCIe connector to the card’s top edge, you’re looking at roughly 5 ⅛” (13cm). And from the backplate to the thickest part of Asus’ fan shroud, you need about 2” (5cm) of clearance. Some folks like to call this a 2.5-slot design, but expect the ROG Strix GeForce RTX 2070 O8G Gaming to monopolize three expansion slots.

Most of the card’s thickness comes from its heat sink. The plastic shroud sitting on top of the metal mass is low-profile and unobtrusive. It doesn’t hang down on the sides and block airflow through the fins. There’s enough room to envelop the 90mm wing-blade fans, accommodate a bit of RGB lighting under strategically-cut vent holes, and screw on to the sink. Those fans blow down through an array of vertically-oriented fins split into two sections. Both pieces are similarly sized but shaped differently to fit the components underneath them.

The side closest to the display outputs sits on top of Nvidia’s TU106 processor. Asus goes so far as to brand the surface of its heat spreader MaxContact, reflecting a precision machining process that purportedly creates more surface area for thermal transfer than competing coolers. In total, six heat pipes cut through the sink’s base. One of them passes through the base and bends back into the same fin array. The other five continue through the base and into the second half of Asus’ heat sink. Of those five, two pipes run all the way through the heat spreader and back around into the sink’s front side, closest to the card’s display connectors.

The sink’s other side is similarly composed of thick aluminum fins with protrusions at the bottom to increase surface area. An additional base plate dips even lower to sit right above the 10 TI CSD95481RWJ NexFET power stages. A long thermal pad between the buck converters and base plate help transfers heat.

The whole cooler rests on top of a metal frame sandwiching the PCB between itself and the backplate. Asus says this brace improves the card’s structural integrity by 3x. Although we don’t have the means to corroborate such a claim, casual comparisons to other, lighter GeForce RTX cards (2070s and 2080s) do suggest the Asus board bends less. We would have been more worried if the ROG Strix GeForce RTX 2070 O8G didn’t come with a brace of some sort, given its weight.

A closer look at the PCB reveals several other interesting features. Up top, on the back, there’s a switch labeled P_MODE and Q_MODE, corresponding to Performance and Quiet mode, respectively. They both maintain similar clock rates and power targets. But Performance mode utilizes a more aggressive fan curve, while Quiet mode dials back fan speeds. In Quiet mode, the fans can also spin down when the GPU temperature drops below 55°C.

Right next to the mode switch, there’s a push-button labeled LED ON/OFF. Self-explanatory, right? If you’d rather run without all the RGB lighting, press the button to turn it off.

Around back, a pair of four-pin headers can be attached to system fans that respond based on CPU and GPU temperatures. GPU Tweak II, Asus’ bundled control utility, has the hooks needed to tune the card’s cooling response.

An RGB header right next to the fan connectors is compatible with Asus’ Aura lighting. Even if you don’t connect an extra run of RGB LEDs for your case, downloadable Aura Sync software lets you manipulate the ROG Strix GeForce RTX 2070 O8G’s shroud and backplate lighting. We especially liked the GPU temperature lighting effect, which changed colors as the card warmed up.

Up front, an all-black slot cover provides a nice change of pace from the silver brackets we’re accustomed to seeing. Gone is the DVI-D interface found on Nvidia’s GeForce RTX 2070 Founders Edition card. Instead, Asus exposes two DisplayPort connectors, two HDMI outputs, and a USB Type-C port for next-gen VR HMDs. Ventilation slots are cut into the metal. However, the potential benefit of airflow back there is lost since the cooler’s fins move air perpendicular to the bracket.

The eight- and six-pin power connectors are rotated 180 degrees to avoid conflict with the form-fitted heat sink. LEDs mounted to the PCB light up red if you forget to attach auxiliary power, and then go white when you make the appropriate connection. Interestingly, Nvidia’s GeForce RTX 2070 Founders Edition employs a single eight-pin connector to satisfy the card’s 185W ceiling. Asus’ card uses more power than that model. However, it ducks in under Gigabyte’s GeForce RTX 2070 Gaming OC 8G with a 207W average across our Metro: Last Light benchmark. Asus could have made one eight-pin connector work, but just barely. Adding the six-pin connector was a better choice.

A metal plate on the ROG Strix GeForce RTX 2070 O8G Gaming’s back side gives the frame something to screw into. It also hosts the ROG logo, which is illuminated and controllable through Asus’ Aura software. The plate doesn’t contact any components on the PCB’s back side, so it doesn’t help with cooling. In fact, we’d normally worry about it trapping hot air. There are a few holes cut into surface behind the GPU and over the 47µF capacitors, but they only provide screw access and z-height clearance.

What lives under the ROG Strix GeForce RTX 2070 O8G Gaming’s hood is already well-known. We dug deep into the TU106 graphics processor and its underlying architecture in Nvidia’s Turing Architecture Explored: Inside the GeForce RTX 2080. Asus takes the same graphics processor with 2,304 of its CUDA cores enabled and bumps the typical GPU Boost rating up slightly to 1815 MHz in Gaming mode and 1,845 MHz in OC mode (versus the Founders Edition card’s 1,710 MHz). We confirmed that Asus uses the higher-end TU106-400A stepping on this model, rather than TU106-400. For those unfamiliar with the difference, Nvidia is labeling its TU106 GPU two ways. Both satisfy the company’s GeForce RTX 2070 specifications, but the higher-binned TU106-400A shows up on the factory-overclocked boards and appears to offer a bit more frequency headroom.

The Asus card's 8GB of GDDR6 memory move data at 14 Gb/s, matching Nvidia’s reference design. As you might expect, then, performance comparisons between the two models fall within a single-digit percentage variance.

All of Asus’ graphics cards include three years of warranty coverage. It’d be great to see the company add a fourth year to its highest-end models, similar to Gigabyte. But at least a three-year warranty matches the guarantee you get with Nvidia's Founders Edition.

Asus’ latest will no doubt be found in one of the many high-end CPU/motherboard platforms now available from AMD and Intel. Our graphics station still employs an MSI Z170 Gaming M7 motherboard with an Intel Core i7-7700K CPU at 4.2 GHz, though. The processor is complemented by G.Skill’s F4-3000C15Q-16GRR memory kit. Crucial’s MX200 SSD remains, joined by a 1.4TB Intel DC P3700 loaded down with games.

The testing methodology we're using comes from PresentMon: Performance In DirectX, OpenGL and Vulkan. In short, these games are evaluated using a combination of OCAT and our own in-house GUI for PresentMon, with logging via GPU-Z.

As we generate new data, we’re using new drivers. For Nvidia, that means testing the two new games with build 417.22 (all of the Asus card’s numbers are generated with that driver, too). The Founders Edition cards are tested with 416.33 (2070) and 411.51 (2080 and 2080 Ti). Older Pascal-based boards are tested with build 398.82. Titan V’s results were spot-checked with 411.51 to ensure performance didn’t change. AMD’s cards utilize Crimson Adrenalin Edition 18.8.1 (except for the Battlefield V and Wolfenstein tests, which are tested with Adrenalin Edition 18.11.2).