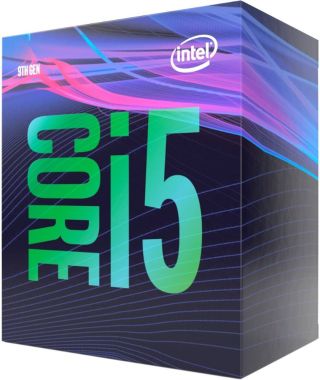 AMD or Intel? That age old question has littered many a forum post over the years, with furious arguments going back and forth depending on which team was on top at the time. Even today it’s still a tough choice. If all you want to do is game on a budget, Intel still holds its weight in the world of average frame rates, if you want to try your hand in streaming, content creation, or any other computational task Ryzen makes a better investment, and you’ll still be able to game at a respectable level. Both are valid use case scenarios, and no doubt, folk who fall into both of those categories will have varying levels of budget too. So what do you pick?

Well that’s a good question, if it is the case that gaming is all you care about this Cyber Monday deal on the Intel Core i5-9400 may be the deal for you. With an impressive 32% off its retail price, you can currently pick up the Core i5 9400 for just shy of $130.

Intel Core i5-9400 6 Cores: was $190, now $130
It may not be the best when it comes to multi-threaded applications, but for those gamers on a budget, this thing shifts some serious frame rates.

The Intel Core i5-9400 is a six core, six thread processor. Unfortunately there’s no hyper-threading here, (that’s reserved for the high-end parts), so that means you’re going to be a little limited when it comes to rendering and streaming. It’s not the end of the world however, if all you do is game, even competitively at 1080p the Core i5-9400 will hold its ground admirably, compared to those more expensive Ryzen parts.

Although we never did review the Core i5-9400 when it first landed we did get to take a close look at its integrated graphics-less cousin, the Core i5-9400F. Complete with the same clock speed, the same cache, and the same TDP gaming performance was the standout figure, in fact you can read our full review of the Intel Core i5-9400F here for a better insight as to just what this processor includes.

Ultimately, this chip represents a fantastic value proposition for those Intel fans, who are after something that can really push those frame rates at 1080p. And although may not be the fastest, or the most cost-effective processor out there, for that task it excels, and excels admirably. And if it’s not for you, you can still grab