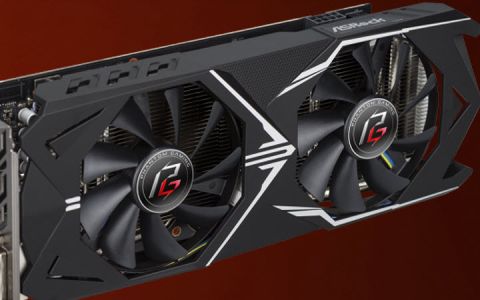 This card could set a new bar for performance per dollar, so long as ASRock sets its price correctly. The company clearly shaved off plenty of cost; now it needs to pass those savings on to its customers. Performance is right there where we'd expect, you get plenty of display outputs, the dual-slot form factor fits well in most cases, and a single eight-pin power connector is no problem for most PSUs. Sure, ASRock could have used a beefier heat sink, taking some pressure off of the fans to spin so fast. But as it stands, the Phantom Gaming X gives us no reason to recommend a pricier Radeon RX 580, and that's a compliment.

AMD's Radeon RX 580 is old news at this point. But in a way, that makes it the perfect card for ASRock's debut as a graphics company. The platform is stable. The competition is established. And the stakes are relatively low. If you're not already familiar with the GPU at the heart of this Phantom Gaming X Radeon RX580 8G OC, check out our AMD Radeon RX 580 8GB Review. Or, go even further back in time to our AMD Radeon RX 480 8GB Review, when the Ellesmere GPU made its grand entrance. Today's introduction takes those two years of valuable lessons and applies them to a mainstream card that was clearly designed with cost savings in mind.

The Radeon RX 580's performance is already well-known, so this card's success depends on whether its relatively small thermal solution, lack of a backplate, and absence of eye-catching LEDs can push pricing low enough to undercut competing 580s. Since we got our hands on the Phantom Gaming X before it landed on store shelves, we can only guess that ASRock wants to go up against Sapphire's Nitro+, Gigabyte's Gaming 8G, and PowerColor's Red Dragon, the least-expensive Radeon RX 580s out there. Unfortunately, U.S.-based readers may have to wait a while to find out: ASRock is only selling into South American and APEC countries to start.

A weight of just 598g tells us that ASRock went with a conservatively-sized thermal solution to cool AMD's Ellesmere GPU. Still, measuring 26.7cm from the slot bracket to the end of the fan shroud, this is a fairly long graphics card. The 10.5cm height and 3.5cm width measurements keep ASRock's Phantom Gaming X within the dimensions of a true dual-slot form factor.

Two 8.5cm fans sit in 8.7cm openings. A total of nine rotor blades per fan are optimized for moving air through the heat sink, so they generate more static pressure than fans designed for turbulent flow.

ASRock shaves off some cost by not using a backplate. That's a sensible decision in our opinion; it wouldn't have done much for cooling, and it isn't needed for stabilization since the thermal solution is so light.

Peering in from the bottom, we can see that ASRock uses horizontally-oriented fins. This is our preference because it allows some hot air to exhaust from the slot bracket. The alternative, fins rotated to face vertically, pushes hot air down toward the motherboard and against the side of your case.

An eight-pin auxiliary power connector visible from the top is rotated by 180 degrees, making it easier to access. On a pricier model, you might expect ASRock's logo to be back-lit with LEDs. That's not the case for its Phantom Gaming X though, and we're fine with this.

The open back side allows warm air to exhaust into your case. Moreover, the use of a short PCB means ASRock's heat sink overhangs the board a bit.

The slot bracket features five familiar outputs. In addition to the single DVI connector, you get one HDMI 2.0 port (particularly useful for VR HMDs) and three DisplayPort 1.4-ready interfaces. Ventilation holes cut into the plate allow some hot air to travel through the horizontal fins and out of your chassis.