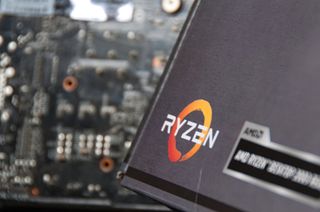 Mother’s Day is coming up soon, and Newegg is celebrating the occasion by offering a whole new slew of tech deals for computer-savvy Moms (or anyone else), including $60 off the AMD Ryzen 7 3800X CPU and three months of Xbox Game Pass thrown in for free.

For the next 6 days, good children can buy their doting mothers an AMD Ryzen 7 3800X for 339.99, down from the standard price of $399.99. Or, naughty children can just take advantage of the sale for themselves. Either way, the chip is part of AMD’s recent Ryzen 3000-series and earned high marks in our Ryzen 7 3800X review last year as a worthy competitor for Intel’s Core i7 line. It comes with 8 cores and 16 threads and runs at 3.9 GHz with a 4.5 GHz Max Boost option, making it well-positioned to support an average frame rate of 124.2 frames per second across a number of games and productivity software on appropriate systems.

That’s an impressive amount of performance for its clock speed, which we attributed to the Ryzen 3000-series’ generational IPC uplift. Across our whole test suite, the Ryzen 7 3800X also proved a better all-rounder than similar Intel offerings, outperforming them on power consumption and several productivity tasks while still offering strong gaming capabilities.

The addition of three free months of Xbox Game Pass also makes this a tempting buy, giving users a wide range of recent AAA titles to try out with their new CPU.