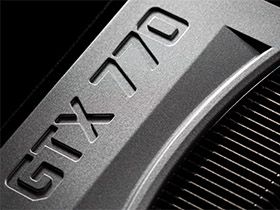 Can A One-Year-Old GPU Still Excite Us?

A couple of days ago I was chatting with a successful industry veteran—a gentleman who I have a lot of respect for—about my thoughts on GeForce GTX 780. “Value judgments are always something I like to see as just a sidebar to a review,” he said. “Throw down the Mercedes and Ford features and performance. Buyers will decide which one is worth the monthly payment.” The folks he works with don’t care if Nvidia’s new single-GPU card sells for $650. They see an almost-Titan priced $350 less.

So maybe I was a little harder on GeForce GTX 780 than a lot of other reviewers. It’s very true that if you put 780 and Titan next to each other, Nvidia’s first 700-series card appears to be a reasonably sound choice. But I’m still coming at this from the other direction—a Radeon HD 7970 GHz Edition for $450 with $170 worth of bundled games is pretty darned impressive.

Could paying an extra $200 really buy resolutions and detail settings that aren’t playable on the AMD card? In some games, absolutely.

Even still, I had higher hopes for another card I knew was coming: the GeForce GTX 770. Based on the same GK104 graphics processor introduced more than a year ago in GeForce GTX 680 2 GB Review: Kepler Sends Tahiti On Vacation, this board needs to close the performance gap with Radeon HD 7970 GHz Edition. I also expect Nvidia to get a little more aggressive on pricing—the GeForce GTX 680 was selling for more than the faster AMD card, and didn't really make sense except in multi-GPU setups.

The GeForce GTX 770 might be a newer model, but it's basically a GK104-powered GeForce GTX 680 with higher clock rates, improved cooling, and a lower price tag.

A faster, lower-cost GeForce GTX 770 can easily pick up a win in single-card configurations. But I'm equally curious about its potential in SLI. We’ve already observed the consistency of two GK104 GPUs working together—and one GeForce GTX 690 is faster than Nvidia’s GeForce GTX Titan. So, a couple of 770s at $450 apiece (that's not the actual price; it's what I was expecting, though) could be just the ticket for 2560x1440 or 5760x1080 gaming—and for less money than that vaunted Titan.

Nvidia had some room to tune and tweak GK110 to create GeForce GTX Titan, 780, and whatever else the company might do with the GPU, since the products based on this 7.1-billion-transistor chip are trimmed-back versions with 12 or 14 out of 15 total Streaming Multiprocessors enabled.

We went into great depth on GK104 in GeForce GTX 680 2 GB Review: Kepler Sends Tahiti On Vacation. For more information on the GPU and its architecture, please check out that review. If you want to know more about the GK110 processor in GeForce GTX Titan and 780, have a look at Nvidia GeForce GTX Titan 6 GB: GK110 On A Gaming Card.

The 3.54-billion-transistor GPU’s other vitals map over nicely. To recap, GK104 boasts eight SMX blocks, each with 192 CUDA cores and 16 texture units. All told, you get 1,536 CUDA cores and 128 texture units. Four ROP partitions capable of eight 32-bit integer pixels per clock add up to 32. And a quartet of 64-bit memory interfaces form an aggregate 256-bit pathway.

We’re officially spoiled. The last three Nvidia cards to come through our SoCal lab all featured the company’s more aggressive industrial design, typified by an aluminum housing, a polycarbonate window with a view down into a beefy heat sink, and an LED-backlit GeForce logo that’s controllable through an API Nvidia makes available to its partners. In comparison, the plastic-covered GeForce GTX 680 and Radeon HD 7970 selling in that $450 range look so…vanilla.

Aesthetically, GeForce GTX 770 looks like 780, which looks like Titan. This is the same 10.5-inch PCB, metal shroud, clear window, and centrifugal fan responsible for exhausting heat out the back of the card’s I/O panel.

When you consider that Nvidia gives the GeForce GTX 770 a 230 W TDP (20 W less than Titan and 780), this thermal solution is very likely overbuilt for GeForce GTX 770—and that bodes well for overclockers hoping to push GK104 a little harder than the factory.

Of course, despite its lower TDP, you still need one eight- and one six-pin auxiliary power connector; Nvida recommends using a power supply with at least 600 W of output.

Current page: Can A One-Year-Old GPU Still Excite Us?