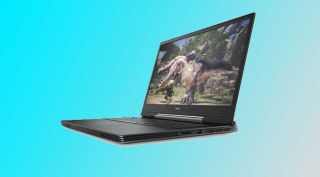 Nvidia's RTX cards are the only ones that support hardware-based ray-tracing, which shows realistic light and shadows in games such as Battlefield V and Control. Normally, you'd pay well over $1,000 to get a laptop with RTX inside, but as part the holiday tech deals season, antoline (via eBay) has a Dell G7 with RTX 2060 card for just $799 (reduced from $1,045).

Other specs include a Core i5-9300H, 8GB of RAM, a 128GB SSD and a 1TB HDD. Clearly, the storage and RAM are less than optimal, but the laptop is user-upgradeable so you can get replace either of the drives or add more RAM.

Since this is a 17.3-inch laptop, you can expect it to be heavy and it is, at 7.2 pounds. The screen on this configuration is a standard 1920 x 1080 resolution, with no high refresh rate.

The Dell G7 has a sleek, sci-fi-esque design that we really like. The vents in the back reminded us of the jets on a space cruiser. When we reviewed a 15-inch Dell G7 with different CPU and GPU, we found liked the solid typing experience and powerful sound output.