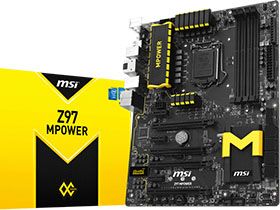 As enthusiasts, when we pay more, we want to get more. That's not too much to ask, right? That principle certainly applies to the high-end motherboards in today’s round-up. For example, we find a second Ethernet controller on four of the five solutions. They all sport add-on storage controllers. And all but one also include expanded USB 3.0 capabilities beyond the Z97’s paltry six ports.

Three of today’s contenders even spread PCIe 3.0 connectivity across three slots for improved triple-card CrossFire performance (even if none of the board's in our story are quite pricey enough to include the extra bridge logic needed to make them three-way SLI-compatible).

Well, that’s something at least.

We also expect the best possible overclocking performance in this price range, so we’ll test that out using Intel’s new “Devil’s Canyon” Core i7-4790K. Which board can take home the prize?