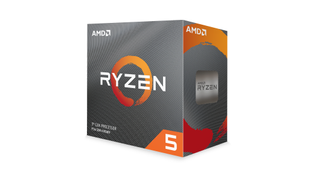 If you're shopping for an affordable, mid-range CPU, the AMD Ryzen 5 3600X is a great choice. This 6-core, 12-thread processor uses AMD's 7nm Zen 2 architecture and promises a boost speed of 4.4 GHz.

As part of the holiday tech deals season, the Ryzen 5 3600X has dropped down $199 again on Amazon. In our Ryzen 5 3600X review, we gave it an Editor's Choice award, but at its lowest price, the CPU's more tempting than ever.

The chip is built on the 7nm fabrication process and comes with support for PCIe 4.0, which is the latest PCIe standard that even Intel’s latest HEDT chips don’t support yet.

For cooling, AMD includes a Wraith Spire cooler, albeit without RGB lighting. This is adequate for cooling the chip’s 95W TDP, but if you want to keep the unit in boost for longer you might want to invest in a beefier CPU cooler.