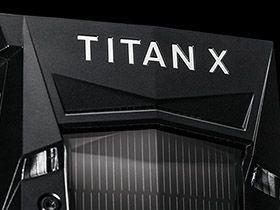 After launching a GeForce GTX 1080 Ti that was faster than Titan X, Nvidia reestablishes its Titan brand as the flagship using complete GP102 processors and overclocked GDDR5X memory. The resulting Titan Xp is indeed quicker. But at a $1200 price point, it still doesn't make much sense next to the $700 1080 Ti.

Titan Xp recently replaced the Titan X atop Nvidia’s desktop graphics card hierarchy, correcting the strangeness of a $700 GeForce GTX 1080 Ti outperforming the company’s $1200 flagship. You’d think that would be another milestone to celebrate. But Nvidia announced the news quietly, curtly declining our request to take Titan Xp for a spin. The writing was on the wall, then: Titan Xp, still priced at $1200, assuredly wouldn’t serve up enough performance to tempt gamers away from the 1080 Ti. It was built to correct a discontinuity in Nvidia’s line-up.

And yet, we cannot help but wonder how much additional performance you get from a fully-enabled GP102 processor operating at a similar GPU Boost clock as 1080 Ti, coupled with 11 Gb/s GDDR5X memory overclocked even higher. So, like moths to a flame, we went out and bought ourselves a Titan Xp.

Titan Xp, From The Inside

Up until now, Quadro P6000 was the only card based on a pristine GP102 processor. The previous-gen Titan X, also constructed around GP102, had two of its Streaming Multiprocessors disabled (for more on GP102, check out our Nvidia Titan X Pascal 12GB Review).

But as yields at TSMC improve, Nvidia has more fully-functional GPUs to go around. Titan Xp is a direct beneficiary of this. All 30 of the processor’s SMs are enabled, yielding 3840 CUDA cores and 240 texture units. Using the base clock rate to calculate compute performance, this gives Titan Xp an FP32 rate of roughly 10.8 TFLOPS (or 12.1 TFLOPS if you believe it can maintain its rated GPU Boost frequency though compute-intensive workloads). Unfortunately, with only four FP64 cores per SM, Titan Xp’s double-precision rate plummets to 337.2 MFLOPS at its base clock rate.

Nvidia bolsters peak bandwidth compared to Titan X by populating GP102’s 384-bit memory interface with the same 11 Gb/s modules found on GeForce GTX 1080 Ti. The company even overclocks them slightly to 11.4 Gb/s, resulting in more than 547 GB/s of theoretical throughput (Titan X topped out at 480 GB/s; 1080 Ti nudged that up to 484 GB/s). After almost two years as the only gaming card to exceed 500 GB/s, AMD’s HBM-equipped Radeon R9 Fury X is eclipsed by Titan Xp.

Similar to the 1080 Ti, Titan Xp boasts a typical GPU Boost frequency of 1582 MHz. Its base clock rate, however, is a more conservative 1405 MHz, according to GPU-Z. That’s a bit lower than Titan X’s 1417 MHz and a larger dip compared to 1080 Ti’s 1480 MHz, likely reflecting Titan Xp’s larger pool of active resources.

A similar 250W board power calls for the same eight- and six-pin auxiliary power connectors, both of which face up, out of the card’s top. You can also see on the PCB where Quadro P6000’s eight-pin connector would attach, pointing straight back.

Titan Xp, From The Outside

If you were hoping for some sort of gussied-up exterior to show off that you spent $1200 on Nvidia’s latest and greatest, prepare for disappointment. Titan Xp is distinguishable from Titan X in exactly two ways. First, there’s a tiny sticker on the back plate with the card’s model. Second, Titan Xp sports the same I/O bracket as GeForce GTX 1080 Ti.

You get four display outputs, then, including three full-sized DisplayPort 1.2-certified interfaces (they’re DP 1.3/1.4-ready) and one HDMI 2.0b port. The original Titan X’s DVI connector is notably absent, facilitating more airflow through the bracket. Back when it launched 1080 Ti, Nvidia claimed the freer-flowing exhaust improved cooling and reduced noise. Our own Nvidia GeForce GTX 1080 Ti 11GB Review showed that card’s acoustic profile to be slightly different than Titan X, though not necessarily any better. Expect a similar experience from Titan Xp.

The good news for system builders is that any gaming PC designed to accommodate one of Nvidia’s Founders Edition boards will take the Titan Xp’s dimensions without a problem. The distance from the card’s slot cover to the end of its cooler spans 26.9cm. From the top of the motherboard slot to the top of the cooler, we measure 10.5cm. And with a depth of 3.5cm, Titan Xp fits nicely in a dual-slot form factor. Whereas our GeForce GTX 1080 Ti weighs in at 1039g, the Titan Xp’s 1072g is a bit heavier (matching the Titan X in our U.S. lab).

The external similarities between Titan X and Xp show a bit of laziness on Nvidia’s part. Despite the marketing department’s attempts to scrub gamer-oriented GeForce branding from this card’s name, there’s still a back-lit GeForce GTX logo on Titan Xp’s top edge. Further, Nvidia couldn’t be bothered to etch an extra ‘p’ on the shroud—it still reads Titan X.