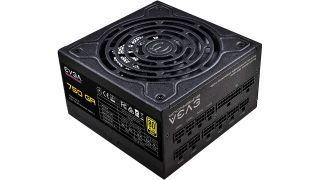 Power supply pricing has been pretty painful lately. But one of the best tech deals we found in this space makes a powerful PSU surprisingly accessible at just $80 on Newegg after entering the promo code "MBCKHUZ" and mailing in the $20 rebate. This matches the lowest price we've ever seen for the EVGA SuperNOVA 750 GA, and considering it's normally $129.99, that's a steal.

Highlights include 80 Plus Gold certification ensuring decent power efficiency and a 750W power rating. The latter means you're good to go with even the most demanding CPU and GPU combos with some headroom left over.

EVGA SuperNOVA 750 GA PSU: was $129.99, now $80 at Newegg
750W of power. Solid 80 Plus Gold efficiency certification. Fully modular design. 10-year warranty. That's a very nice overall package, and at $90 this power supply is as cheap as it's ever been. Don't forget to enter promo code "MBCKHUZ" and use the $20 rebate to get this price. View Deal

Next up? It's a fully modular PSU, so you can keep on top of cable management by only connecting the power rails you actually need. For the record, the EVGA SuperNOVA 750 GA includes both 8-pin and 4-pin supplementary CPU power rails.

It looks to compete with the best power supplies with other features, like an eco mode that delivers totally silent operation up to 40% maximum power load and the use of fully 100% Japanese capacitors. Last but far from least, EVGA backs the SuperNOVA 750 GA with a beefy 10-year warranty.

This should be a solid choice for a new PC build or for upgrading an aging or inadequate PSU if you're slotting in more power-hungry components. The modularity is a particular boon if you like neat and tidy internals.